It’s been quite a long time since I’ve made a post on this blog, primarily because of all the effort I’ve been putting in to More Than Just Surviving, that and the fact that I’ve felt like there’s been nothing much to share.

Another part of me believes there’s plenty to share, and that I just haven’t taken the time to write about all the little moments that matter. I’ve of course now accumulated a healthy amount of images that I again haven’t yet edited to post on here. I could’ve been posting those consistently.

Thomas and I are in the middle of an extremely long transition period. We’ve set a tentative date for ourselves to move to France, and are pushing ourselves to make sure we don’t stay much longer than that. Our move should be happening in less than a year and a half, and we’ve got a lot of lose ends to be tying off before we can finally hop on that plane.

Recently, it feels like all my energy has been spent on planning: planning for our move to Europe, for our eventual career direction, and planning for what will happen to everything and everyone that we’ve left behind. Even when I do get the chance to work at something in particular, I can spend up to a whole day working away at a single task that I look back at and wonder whether it really made a difference to anything at all.

(Interrupting this post for a cute picture of what Avery typically looks like resting on the bed as I work in it:) 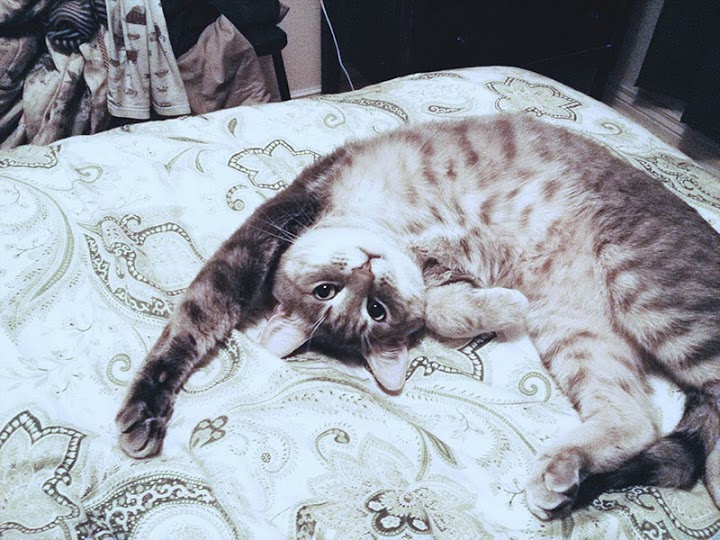 Yet there’s so much to do. So much that it becomes overwhelming. A year is a long time, and so it’s obviously possible to complete all these tasks we’ve set out to accomplish before we move, but as a person who likes to check things off a list, big projects are frustrating for me because they take so long to really be finished.

I’ve also noticed that there really does seem to be an element of luck in the world, and plainly put, I just don’t think Thomas and I really have it. We work hard for everything to fall into place in the future, and if we do nothing, things stagnate. While others around me sometimes have opportunities and growth fall into their laps, the two of us don’t seem to have anything at all without a healthy dose of back break. I’m optimistic about this, however, and am hoping that our “lucky spell” will come when we need it, as right now we’re doing fine without one.

One day I’ll look back at this point in our lives and remember it as that stage that had to be weathered for a better future. I’ll look back and see how those small tasks I spent days working on all did add up, and having forgotten the groundwork I laid in many particular instances of frustration, I’ll feel like our lucky spell has finally arrived.

But until then, I’m utterly backlogged. There’s so much to do, and while there’s also so much time to do it in, I can’t help but wish it were already done.