When I was in university, I did my best to stock my closet chock full of a variety of clothes. I’d buy mostly tops, always at a discount, and although I had my favourites, I’d buy enough so I could experiment with different looks if I wanted to.

Years after having graduated, I still have many of those pieces. Most, I’ve haven’t put on for more than a few minutes (to try them on to see if I should get rid of them), let alone worn out because I’ve used them so much.

Since graduating from university, I’d begun shopping for clothing in thrift stores only, and a year or so after that, I stopped buying clothes altogether, except for an occasional piece I really needed (a new, warmer, wool scarf, for instance, or a leather belt here or there to replace the ones I had that had gotten old).

These days, through having not bought anything new and because I’ve given away most of what I don’t think I’ll ever be wearing, I’ve whittled down what clothing I own to a manageable size. All of my clothes now fit into one pretty packed stand-up dresser (besides my jackets and coats of course), though even that’s still a little too much for me. 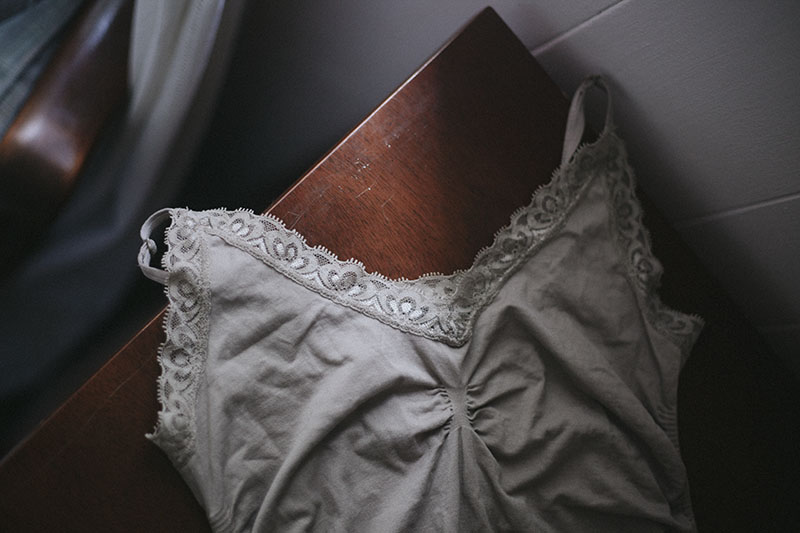 The thing is, even amidst my shopping frenzy during university, I always used to gravitate to a small number of pieces that I’d wear over and over. I’d ignore the rest, as they wouldn’t fit me quite right, were uncomfortable, or just didn’t look as nice as I’d hoped, and always end up in my favourite few sweaters and jeans.

And then when that favourite pair of jeans finally wore out, typically much too early considering the fact that I always bought cheaper quality clothes considering the incredible price difference, I’d be upset that I could no longer wear them.

I don’t regret the way I shopped in the past, but I’ve learned that clothes shopping that way doesn’t suit me well at all, and I’ll never shop that way for clothes again in the future. I suppose that I appreciate the fact that I gave all that a try, because now I know that I should be doing things differently.

Instead of spending hundreds of dollars on clothes I’ll never wear, I’ll invest in just a very small number of high quality pieces that I will absolutely love having on. I’ll use them over and over, as I did with my favourite pieces in the past anyway, and because of their quality, they’ll last longer and I’ll be happier having them around for longer.

If I don’t like something about a piece of clothing, even if it’s a small thing, I’ll assume owning it means I’m probably not going to wear it. If I have something in my wardrobe that I haven’t worn because it’s uncomfortable or doesn’t look how I want it to on me, I’ll do my best to get rid of it, as there really isn’t any point in thinking I might wear something one day: the minimalism in my wardrobe is now more important to me than that off chance. I’ve not missed the pieces I’ve given away as of yet, and I doubt I will in the future. Clothes are clothes. As long as I like what I currently wear, I don’t think I’ll be looking back for a second.

And when I go shopping for clothing, once I’ve hit my sweet spot in terms of amount of clothing, I’ll only go looking for clothes if something has worn out – not to add to my collection for no reason.