I’ve never been the type of person who often reaches out to others. This is especially true when it comes to asking for help, though really just in general, any type of reaching out is not particularly my thing. In recent months, however, I’ve slowly begun to try changing this a little.

I was an avid blog reader for many years before I decided to dive into the blogosphere myself. When I first began blogging, I did it completely on my own, didn’t ask for any help, didn’t even work with a partner or anyone at all on it – just started. I worked on two projects, the second which I stuck to a lot more than the first, and I learned a great deal that way, but I certainly didn’t get very far. Part of the reason is because I didn’t really know what I was doing; the second time, I didn’t pick a broad enough niche at all, which really stunted my potential for growth. Another part of the reason I didn’t get very far is certainly because I was also hesitant to really reach out to other bloggers and website owners in a meaningful way. I knew I could get more traction if I did, but it was way too far out of my comfort zone for me to want to try.

These days, I’ve not changed very much on this level. I do work with Thomas on pretty much all the current projects I’ve got going on, but we don’t really do much outreach to others in our industry. Over the span of the year and a half we’ve worked away at More Than Just Surviving, and due to projects we either began or acquired, like Survival Shelf and Survival Pulse, as well as with the help of social media, we’ve pushed ourselves to start reaching out to other bloggers little by little. 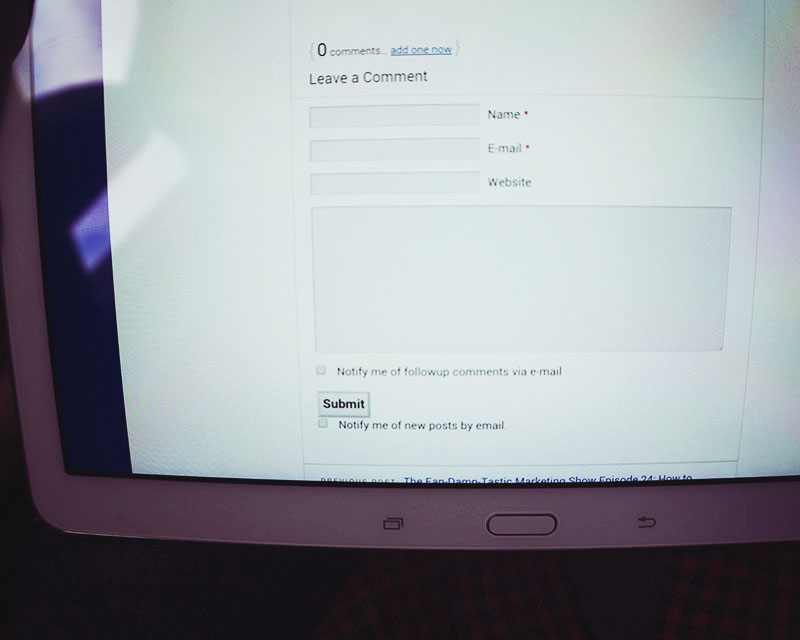 While we love reaching out to and interacting with readers and those who follow us on social media, we’re still nowhere near as in touch with other bloggers as I’d like. I’ve been starting to comment more frequently on the blogs I’ve literally been following for years (without previously having made a single peep), and I do find that the more I comment, the easier it is to comment the next time.

Part of the reason I held back from commenting previously is that I didn’t like the fact that most bloggers don’t respond to pretty much any of the comments they received. This used to bother me, but now I tell myself that it doesn’t actually matter – I should be able to communicate my opinion when I feel it appropriate to share; and maybe someone who reads the comments section will benefit from my posting. That should be an important enough incentive for me to contribute. I won’t expect bloggers to respond, and if they do, it’ll be a sweet bonus.

I’m not sure whether commenting, interacting more on social media, and making a stronger overall effort to reach out to other bloggers will take me anywhere. Truth be told, it’d be nice to make a few blogger friends online. But even if this doesn’t happen and commenting doesn’t do anything for me besides getting me a few odd backlinks to my websites, giving it a shot seems to be worth a go. I’ll also be able to communicate my appreciation for others’ work through commenting, which I do feel is quite important. Trying this out won’t take me much extra time at all, considering I’ll be reaching out to people I’ve been following already anyway. All I’ve got to lose is a smidge of extra time/effort.