By pure happenstance (a while ago) I discovered a love for super fine nibs. I quickly leaped in pursuit of the ultimate in super-fine nibbage and decided to seek out the most anemic nib I could acquire without dropping absurd stacks of cash. 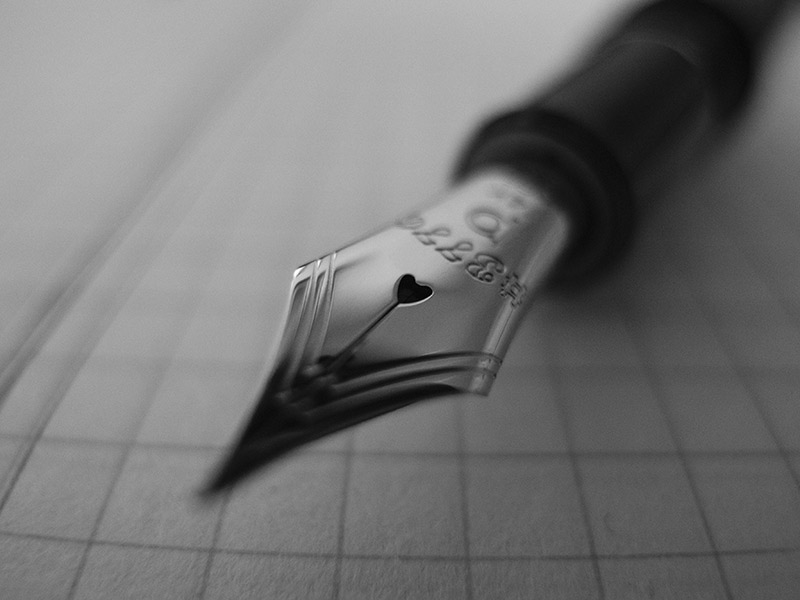 My quest led me to a Platinum #3776 with an Ultra Extra Fine nib. I decided to dive straight into the deep end of extreme nibs purely to see what my limits were in terms of laying down spiderweb like scratching’s of ink, and whilst I initially thought I may have gone too fine, I have begun to appreciate its unique quirks. 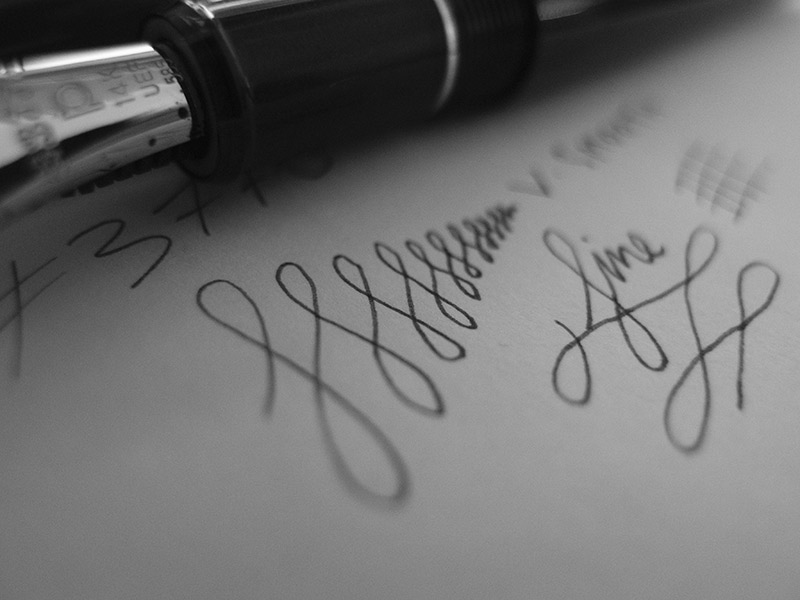 I shall eventually give a proper’ish overview of my experiences, but realistically, I am still gauging how I feel about this acute sliver of gold.

It’s definitely the most un-fountain pen like fountain pen that I own with a very unique feedback when writing. The sensation isn’t entirely unpleasant and I find that I need to adjust both my penmanship & equip a slightly different mindset when picking it up to jot down my thoughts.

The nib is so sharp that when I unboxed the pen, I actually stabbed my finger with it. It will easily pierce skin and that’s a worrisome quirk when your vigorously dragging it across paper.

I will say (as a first impression) that taking into account how insanely fine the tip is, it’s remarkably functional. I know it’s odd to be impressed by the pen’s ability to merely function, but this was honestly my first reaction.

A lot of its unique feedback & quirks are (in my opinion) due to the way the nib is ground; its oddly stabby and stretches out into an almost arrow-like point. Even under magnification, I don’t see the ubiquitous teensy alloy bulb that usually graces the point of a fountain pen. It seems almost like the tip was sharpened, if that makes any sense.

Interestingly, I also own the Platinum Carbon Desk Pen which has a somewhat super fine (Japanese EF / .18mm’ish) nib, but unlike the #3776 UEF, its nib grind seems much more orthodox and the smoothness is remarkable as a consequence. 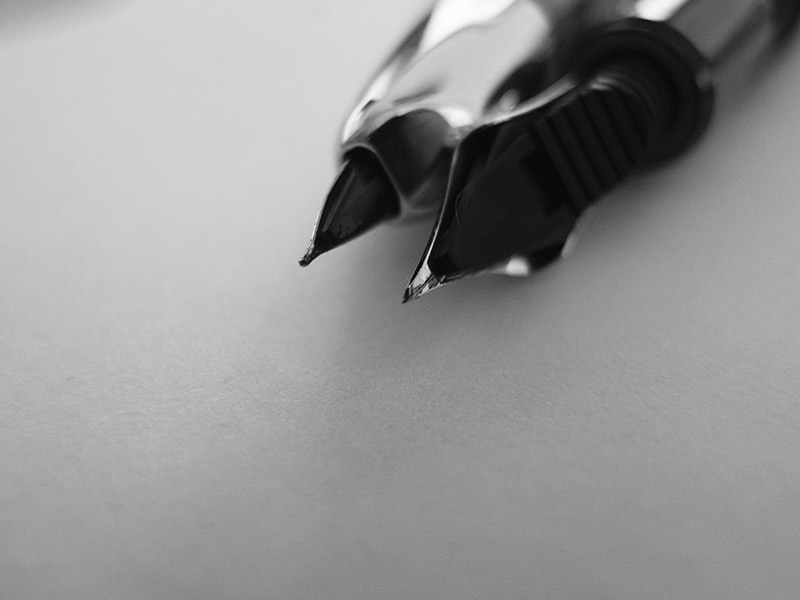 Over the past month I have snapped up over a dozen different fine & extra fine fountain pens, and I feel like I am beginning to acquire a better sense of what I like. Initially, I jumped on Pilot EF pens and point blank refused to play with its broader brethren, but as I spend less time testing and more time writing, I find that I reach for different widths (and paper) for different purposes.

Only a Sith deals in absolutes and it seems I made that error too. Nothing wrong with having music nibs to mess around with & EF nibs for day to day jotting & filling in paperwork. I think it’s ultimately beneficial to simply use what you enjoy and cease overthinking what category of pens you like or if you have a particular bias & what that means about the way you operate/identify.

Just be happy with making puddles of ink all over your desk.