I’m not going to lie – I’m one of those people who feels strongly about not mixing business and family as a rule of thumb. There are exceptions to this rule, but very few and far between. Cari and Paul Lapas are one of these few exceptions.

Cari is my cousin, and so when I first decided I might try purchasing a house, I figured I’d hit Cari up with a few questions about the market. I don’t recall expecting her to become my real estate agent while house hunting, I just wanted some questions quickly answered. Hell, I wasn’t even sure how soon I would dive into the market.

Yet with my background questions answered, I realized it was a good idea to at least keep my eye on the properties I might later be interested in buying. I had Cari and Paul sign me up for email notifications that let me know whenever a house cropped up for sale in my price range. Within a few months (and before I really knew what hit me) I’d found what I thought were some pretty nice town houses at a perfectly affordable rate. A call to Cari about the properties and my father and I were off to take a peek. 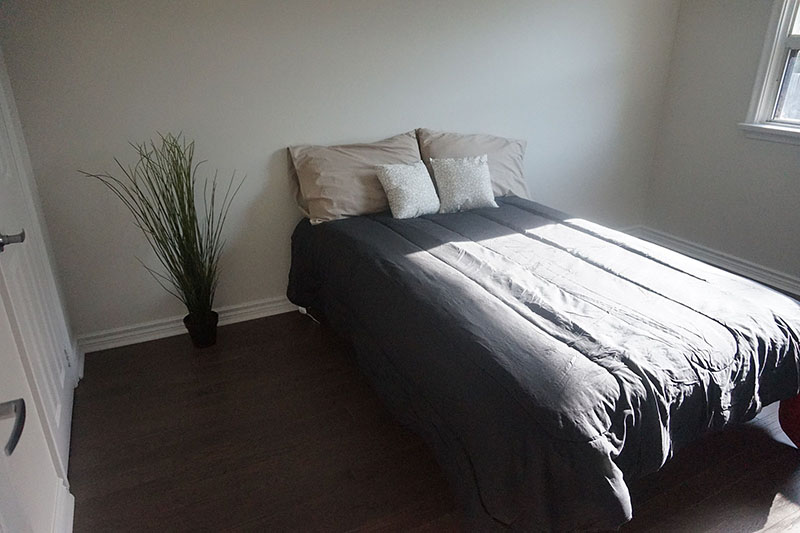 We came very close to buying one of those town houses – placed an offer and everything. But with some advice from a lawyer who thought we might run into some problems in the future, we backed out.

A little disappointed that the property wouldn’t be ideal, I gave up the house hunt for a while. I’d like to note that while most real estate agents would likely have pushed me into reconsidering giving up the hunt, Cari and Paul gave me all the space in the world. Not an ounce of pressure. If/when I was ready, we’d begin the search again.

Thomas arrived in Canada a few short months later, and with our wedding plans, all thoughts of house hunting were, for the short term, put completely out of mind.

After our summer wedding, Thomas and I threw ourselves into our work, concentrating on planning out potential businesses and attempting to get at least one of our many startup ideas off the ground just well enough to concentrate on completely.

The only problem: our upstairs neighbours who were ever-so-quiet in the summer when they could be outside had become unbearably noisy in the autumn and winter months. We hoped that the noise issue would resolve itself – but no go. So we crossed our fingers and figured we’d give buying a house a go instead of moving to another rental unit where we could end up in the very same situation all over again.

A couple of months of house hunting with Cari and Paul and we still hadn’t found anything yet. Then by some miracle we found a house – out of our budget, but considering it had two units in the basement that we could easily rent out for extra income – manageable. We jumped immediately on the opportunity, but, as fate would have it, were too late. Cari and Paul notified us that the property had actually already sold and yet hadn’t been pulled off the market yet due to some kind of error. Our ideal first home was gone.

We kept looking but, again, nothing that popped onto the market seemed to be any good for us. We’d already given our last month’s notice, so this was pretty disheartening. We’d have to temporarily move in with my parents since we didn’t snag a house soon enough.

Then by some stroke of sheer luck, we get this email from Cari:

Elise [address] offer fell through on financing so it’s back on the market. Are you guys still interested in the house??

Yes. Yes, we were definitely still interested in the house.

With some lightening quick reflexes, the duo helped us snatch that house before anyone else seemed to lay eyes on it. With some handy back and forth between Cari and the seller’s real estate agent, Cari and Paul were able to advise us exactly which clauses to drop and how much to offer. The price we would’ve offered for the house had they not advised us (only $5000 less!) would probably have resulted in us just barely losing the house, and if we hadn’t been comfortable waiving the financing clause, the house would surely have went to some other buyer. Agreeing to an extremely short possession date (14 days after purchase!!), which was good, not only for them since the house was vacant, but for us as well (remember we’d given our last month’s notice already!) we snagged our perfect house in record time and with not a single part of the deal being something we were uncomfortable with.

The next two weeks were a whirlwind of paperwork and errands, but everything ended up working out seamlessly. Cari and Paul hooked us up with referrals for a mortgage broker at TD and a lawyer. With little to no time to do research, we just went along with their referrals: usually a recipe for train wreck and disaster, but not this time. In two quick weeks we were looking back on the past month and wondering how on earth things could’ve moved so quickly for us. Happy as hell in our new house, all we had to do was fix up the property a bit and find a tenant for the basement.

Flash forward years later – we’re ready to sell again. Who do we turn to? You guessed it.

A quick look at the house, an tonne of recommendations for possible improvement, quite a bit of guidance with regards to what other properties were going for in our area, and a couple of suggestions with regards to what to price our house for when we put it on the market – & we were ready to roll. Cari and Paul hooked us up with a reno guy – Smooth Renos in case you’re interested – who we went with immediately and without hesitation considering we were hoping to sell pretty fast. We did some renovations ourselves – some of the painting and some quick fix up jobs – and within no time, the house was photographed and on the market. 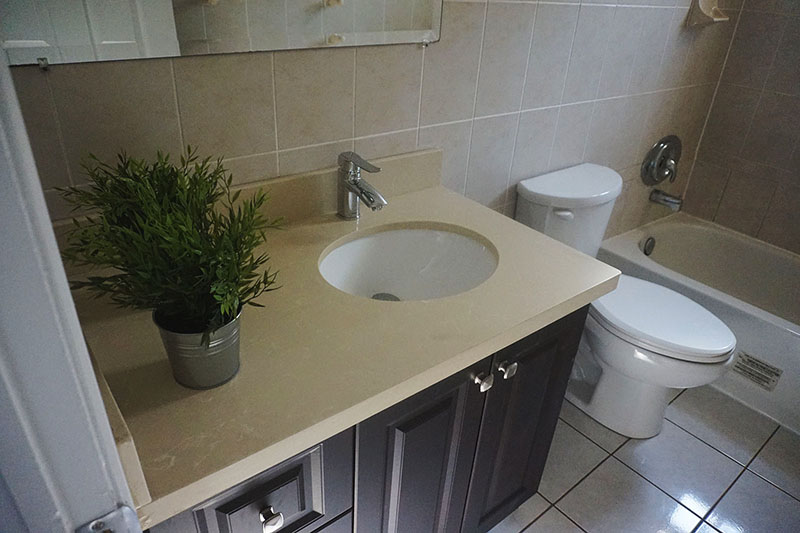 Our house sold for $75,000 above asking (mind you, we did set it up for a bidding war, but we were still quite happy with the price; the highest in our neighbourhood!), and with conditions like financing and a home inspection being waved (we provided a home inspection in advance from a reputable company on the advisement of Cari and Paul), we nailed the kind of deal we were after from the very start.

I really would almost never recommend working with family. I would also pretty much never recommend refraining from doing tonnes of research, and instead opting to use a real estate agent’s recommendations for absolutely every professional you work with. It’s not wise. We did these things twice, not only when it came to buying that first house, but also when it came to selling the same house years later. I wholeheartedly wouldn’t recommend it; but for us, it worked out.

I don’t chalk this down to luck. It’s not a matter of luck at all. Rather, the contacts that Cari and Paul have made in the industry all seem to have the same quality work ethic that Cari and Paul do. They’ve forged business relationships that reflect very well on them. Definitely do all the research on your own and bring in your own guys if/when you can, but if you’re tight on time or need a starting point for your research, don’t hesitate to take Cari and Paul on their word for recommendations.

I don’t dish out compliments easily. I’m pretty much the most critical person I can be when it comes to scrutinizing business transactions and the quality of customer service provided, but I can quite honestly say that things worked out very well for us, each and every single time we used Cari and Paul as our real estate agents.

With so many variables, and so much that could’ve gone wrong, as I’ve said before, I don’t chalk this down to luck at all. In fact, I think Cari and Paul took as much of the “luck” element out of the picture for us as possible. We were prepared for the situations that came our way namely because we were able to ask all the questions we needed to in advance – we knew what to expect before placing our offer on our house, and we were prepared for how best to position our house for the best possible outcome when we finally decided to sell. Also, when new variables presented themselves (our door being painted a funny colour in the renovation, for instance) they were always there to advise us which way to go. Ultimately, we got good, solid advice without any real pressure to act on it from these two. It’s your bid, your house, you can do what you want; they’re not going to force you to go against your gut. But if they think something is going to help you save or make more money with regards to your transaction, they’re going to be vocal about it. They’re going to tell you their thoughts, then leave you to make the call. 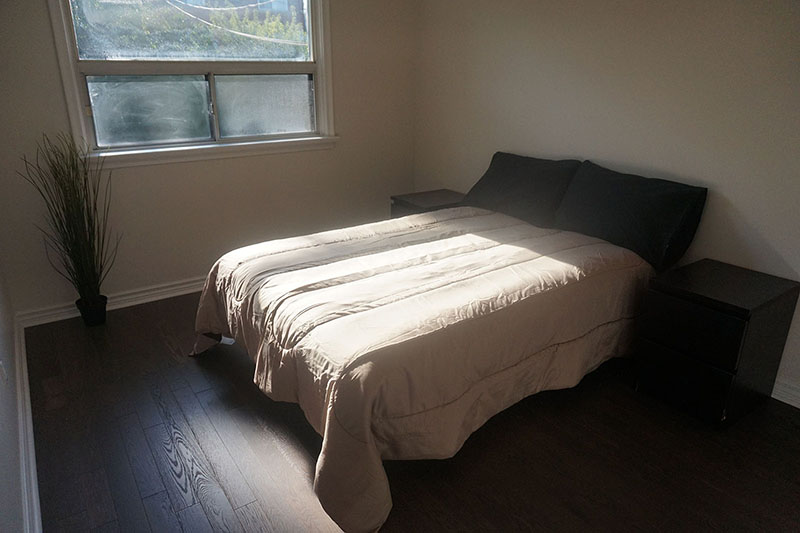 Ultimately, the only luck element I felt was involved in selling our house was with regards to things that were always going to be completely out of our control – which properties were put on the market at the same time as ours, and which individuals were potential buyers when we finally sold. And that’s the way I like it. Because if there’s one thing I’d absolutely hate as a seller, it’s the feeling of not being prepared, or feeling like too much was left up to chance and happenstance.

I’d say that Cari and Paul went above and beyond for us, but that wouldn’t quite be an accurate description of what happened. The honest truth is they would’ve done this for anyone.