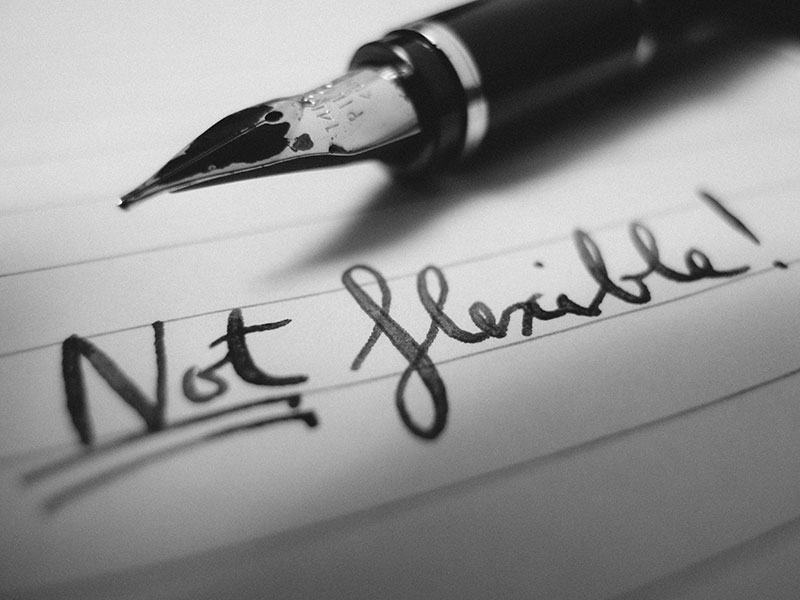 I recently picked up a classic (pure resin/no metal sleeve) Pilot Falcon in part due to Leigh Reyes’ positive overview on the newer version, my impressions mirror much of what she experienced and the Falcon has found a permanent nest in my collection.

I shan’t do a “proper” review, at least not yet, but I shall dispense some caveats for those of you who may be interested in the Falcon but are not sure what to expect.

The Pilot Falcon is a soft nib, not a flex nib. I think the forums tend to be populated by over enthusiastic cheerleaders (not always a bad thing, passion feeds the soul and all that…) and thus a lot of preconceptions about the Falcon’s infamous flex is driven by a mainstream commentary that sadly hasn’t really handled vintage (true) flex.

I define the flex “standard” as portrayed by the most excellent Brause 66EF nib, is it the the most flexible? No. But it consistently slathers out oodles of line variation regardless of pressure. As I write this I attempted to write with the Brause 66EF & no matter how deft my touch is, the tines just want to dance.

I think it’s an important distinction & a lot of fountain pen aficionados will roll their eyes at me and point out that it’s not a fair comparison because it’s a dip pen nib or that the Waterman Pink nibs are not commercially available so it doesn’t count either etc.

All nonsense, flex is a byproduct, a simple expression of tines stretching out. Not a commercial distinction, and thus I think saying that the Noodlers Ahab & Pilot Falcons are flex nibs is just silly, they do not flex, rather, they reluctantly stretch out their tines once enough pressure is applied- and the same could be said about most fountain pen nibs (with enough pressure).

Clearly a standard has to be established and I think the Falcon/Ahabs/FA’s etc. of the world are soft nibs, semi-flex at best. I am sure many of you will disagree but that happens to be my experience on the matter.

For those of you who doubt me, by all means pick up some G nibs or a Brause Rose & you will appreciate the difference.

Whilst this all sounds rather snobby and negative I will say that the Falcon is an excellent fountain pen in its own right. I find the nib to have buckets of character & the lightness of the pen makes it a solid everyday performer (your tastes may vary). I think it’s one of the most interesting nibs on the market and I look forward to snagging up the remainder of the Falcon line.

Leigh has the newer model, which as I mentioned, features a metal sleeve in the barrel. I purposefully went for the older stock as I prefer a lighter pen for my everyday work horses, but eventually I shall acquire the newer Elabo and do a direct comparison along with a more thorough review.

Since she asked for macro shots of the tipping material here they are below- I can’t comment if it’s different from the newer one seeing as this is the only Falcon I own, however, it looks pretty darn similar to me. 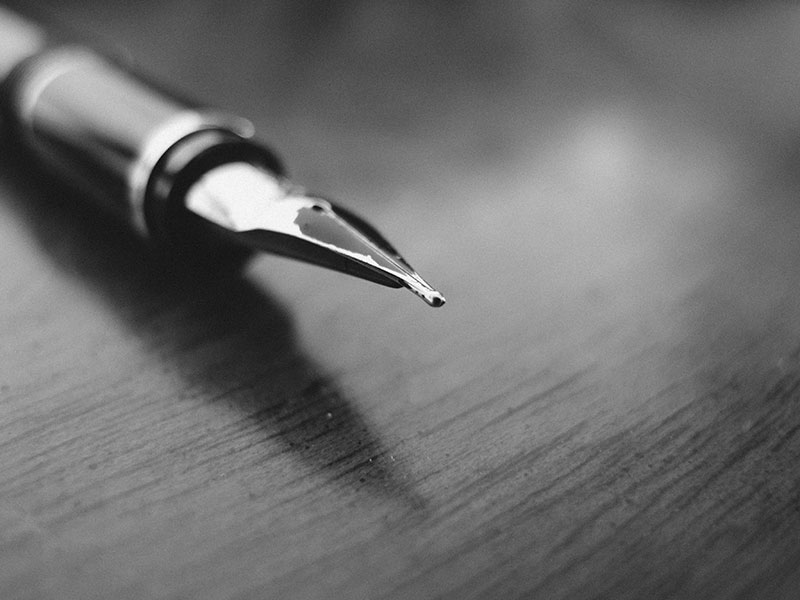 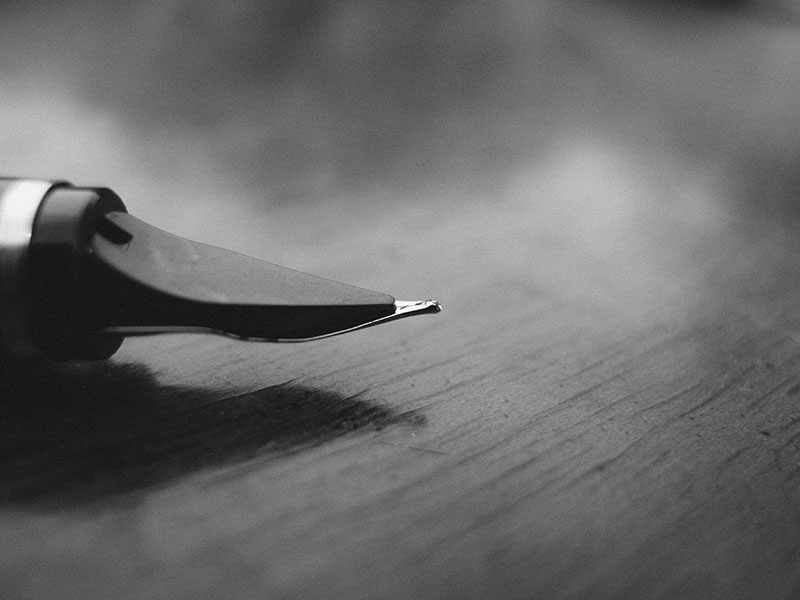