December 2nd. Can’t believe this year is already almost up. It’s tripping me out a little bit.

Been a long and hectic year, but now it’s starting to sink in that things have finally begun to settle down and I can breathe easy again. We’ve dealt with so much this year, the majority of the bumps having been related to our business ventures, which I’ll get into the details of on this blog a few months from now, likely. Anyhow, that’s for the most part all in the past, and I’m happy to say our short-term future is looking a lot brighter than I could’ve imagined. I’m happy to have gone through what we did in the past. We truly did learn a lot from our experiences – amongst which we’ve learned just what not to repeat again.

It’s nice to finally be able to sit down and work on the projects I love. It’s nice to not have to deal with much of anything else – no more nagging in the back of my mind distracting my subconscious from the task at hand. It’s nice to finally be able to feel like I can rest, and while I wouldn’t say we’re completely in the clear, I would say that all major hurdles have been passed; that things are now on our terms now. Which is, of course, just the way we like it. 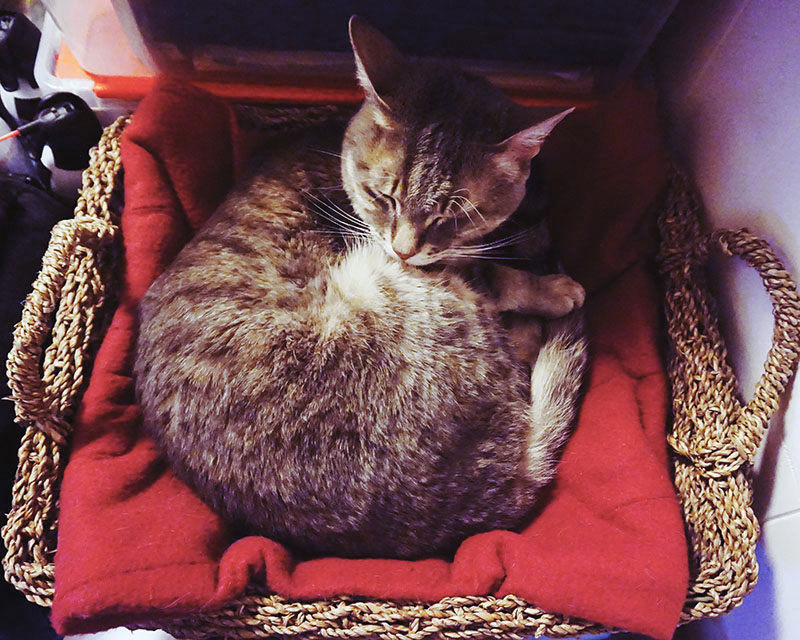 I’ve begun to use Google Keep for keeping track of my larger, more tedious errands. It’s really been a lifesaver, especially considering my somewhat-new realization that a lot of the reason big projects weighed me down is because I would continuously feel like I needed to repeat all the elements to a project in my head to make sure that I wouldn’t forget one.

Well no more. Now Google Keep keeps track of that for me, and my brain can get some rest knowing that I will only have to do the first task on the list, check it off, and then move on to doing the same with the rest of the items, instead of constantly being paranoid I’ll forget something that I really wanted/needed to do.

Thomas also got a couple of Moleskine weekly planners as well, one for each of us. I used to have weekly planners all throughout high school and university, and even continued to get them after uni, while I was tutoring for a living. After I stopped tutoring, I stopped using my Moleskine, and so I figured I wouldn’t get one last year, but I’m finding that I’d really like to get back into using one now. I feel like having a weekly planner helped me to relieve my anxiety about “forgetting what to do” – anxiety that I didn’t know I had until I basically spent a year without any sort of day planner. I’ve been increasingly worried about forgetting appointments and events this past year, and this way, I hopefully won’t have to worry about that any longer, as I’ll be able to reference my Moleskine whenever I’d like a refresher.

Anyway, so just a quick update that’s a bit all over the place, but all in all to say that I’m a lot more at peace nowadays than I was a month or two back. So while I am absolutely dreading the weather (and am mildly sick again – stupid stuffy nose – though this isn’t news for anyone who knows me considering I’m pretty much always getting sick), everything besides the weather is pretty great. And I’ll happily take that over good weather, but with a load of stressful road bumps.

30 days left until the new year!