Five years ago I hung up my branches and stopped playing WoW as a resto druid. Ever since then I have sought a replacement to fulfill my needs for virtual achievements (gotta get those internet points). As a consummate gamer, I like to commit to a single game at a time. From Guild Wars 2 to LoL, I tend to dive headfirst and stick it out until I find a reason to quit. My new addiction is Overwatch and I figured (seeing as this game is new), I would share my initial thoughts on what is possibly the greatest game of this year!

Overwatch basically a giant free-for-all, control the map, nuke the (red) team and complete the simple objectives which are all map control based. It’s a simple game, but in awesome Blizzard fashion, presents quirks in the form of having such a variety of characters to play. Unlike CoD or BF3/4 these are not cookie cutter soldiers, but rather interesting toons with unique abilities. I have yet to feel really frustrated after playing (and I once played with 3 Widowmakers on my team..). Losing can be fun and rewarding. When dealing with morons, I either go tank and initiate to encourage some movement, or go with a Torb/Bastion pain brigade strategy. 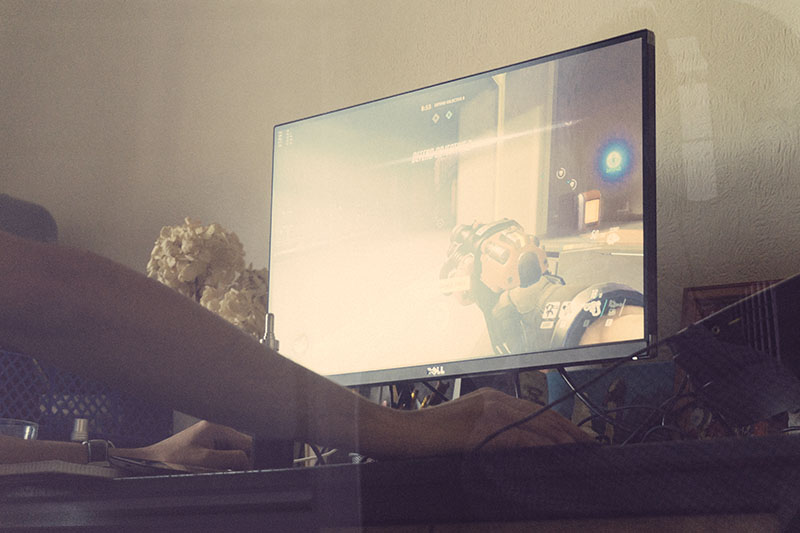 The following are my assessments of the characters I enjoy playing and the ones I’ve spent significant time trying out. Again, these are not all the characters in Overwatch, just the ones that stood out to me.

The first toon I tried out. It’s a cookie cutter healer with nifty tricks. I love the movement and pace and a well timed rez proved incredibly rewarding. Sadly, since I play PUGs I have noticed a trend in players choosing to go pure damage and ignoring the support side of things. I get that launching rockets to the face is epic lulz, but the game is objective driven. If you don’t fight on point and instead choose to #yolo your way through the match as reaper, then don’t expect a flashing victory banner. Support characters need meat shields and meat shields need damage dealers. It’s not complicated.

I reckon once I find a group of people who are strategic in nature, I will be a healer once again. Until then, I primarily play Torbjorn cos turrets.

Irritating and sorta overpowered, but 99% of the Mei players are idiots and harm their teams more than help them. Wall is amazing in clutch situations, but rarely used to best effect. In fact, frequently harms your own teammates (my anecdotal experience). Once rated comes out and players time abilities for advantage (and not just “look what I can do mommy”), I may be more impressed.

Probably the best toon (along with Soldier 76) for new players. It’s a heavy duty run and gun with a neat stationary/turret mode that simply melts people. Ridiculous damage and good survivability means this is a solid option.

Oh the fun. Sadly, you need a good team with you to make best use of this Goliath. I think this is probably the best balanced toon and a ridiculous amount of fun to play. The best part is you “feel” like you are making a difference even when you lose the game. The trick is to play aggressively and not just stand there taking shots. Synergy between Reinhardt & Bastion is fantastic and those two can single-handedly carry a game.

Amazing ultimate and the quintessential run and gun character. You have great mobility, unlike Bastion, and a nice heal (AoE so you can save your idiot teammates). A smidgen boring, so I don’t play him as much anymore, but definitely easy to get into.

Flying (hovering) girl that throws rockets to your face. Sexiest character ever, much better that the Widowmaker & Tracer. Ridiculous mobility and being able to dart upwards for an escape is wonderful. I play her a lot when my team needs someone to nuke/cover the squishies. Splash damage allows you to keep enemies at bay.

Finally, my default character. Torbs is unreal as long as you find a solid position for your turrets. Learning curve is probably a bit higher than most toons because map awareness and turret location is key, but played right you really feel like a one man army. Utterly smitten.

I have been playing Overwatch every single day religiously since I bought it. The rage is palpable (in a good way) and I don’t see this game getting old. In reminds me a lot of UT2004 due to the fast gameplay and interesting characters (weapons = characters). The ultimates really make this game as it can change the tide of a battle drastically with one press of a button.

I can’t wait for ranked mode. Hopefully, I will experience better teamwork and until then I hope I can find some people to play with. (@feedtheravens if you want my battleID).