There’s a great deal many things we’ve gotten a chance to try thanks to our good ol’ next-to-next door neighbour back in Canada, Harvey. Due to his Newfoundland heritage he’s got an itch for hunting, fishing, and the general outdoors coursing through his veins. Taking a liking to those kinds of things ourselves, as well as having a fascination with trying new things culinary-wise, we got lucky enough in meeting him to try;

Of which, the moose (if I’m remembering correctly, tastes like a cross between deer and beef) was the most amazing, and the seal (tastes like a very fishy beef, if that makes any sense) was one of the worst/weirdest. Thomas had already tried deer and rabbit plenty before Harvey’d come into our lives, but I hadn’t, which is why those two are on the list.

I swear there may be others, but I can’t for the life of me remember any more. I know we tried a variety of fish that were pretty common, like mackerel, but that were fished rather than farmed of course – and let me tell you they do taste very different hunted. Better, in my opinion. But anyway. Seeing as how the only way we were getting anything other than farmed meat or fish in Canada was through a hunting-loving friend like Harvey (or if we would go out and hunt ourselves; we’d have no problem with this, but never got around to it since we were always planning on leaving the country soon), I was really excited to see things like kangaroo when Thomas took me to the Lidls here in Bournemouth. 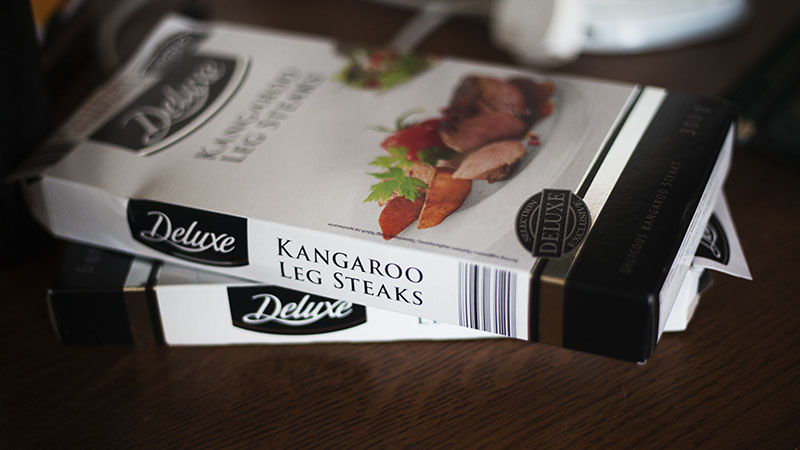 So how was the kangaroo? 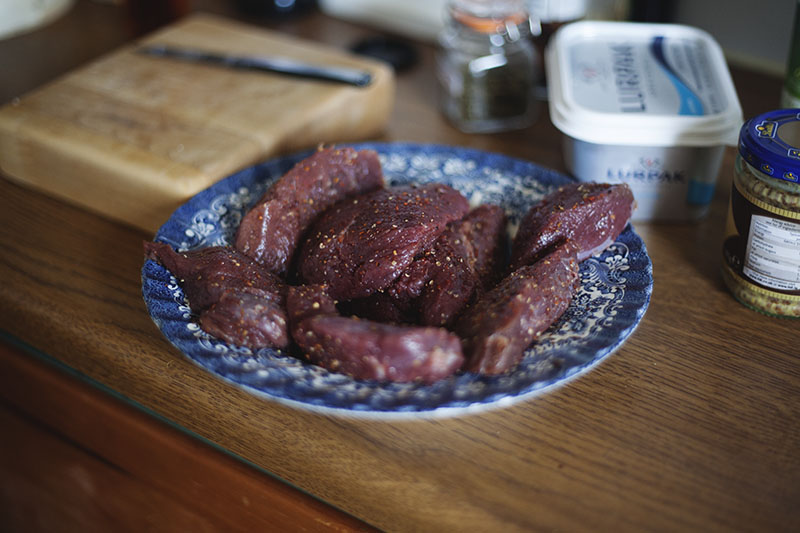 First, let me tell you that Thomas pan fried the kangaroo for 3 minutes on each side even though the box suggested doing so for 8 minutes, and it was still a little overcooked for our taste. 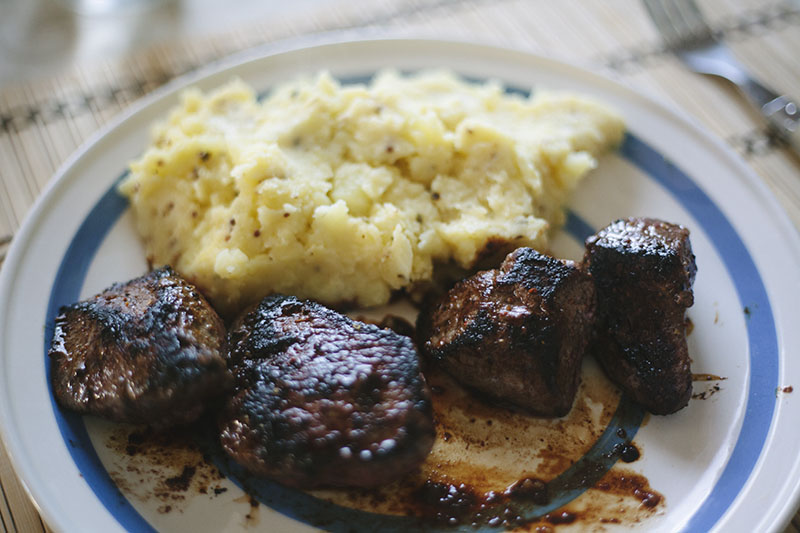 Kangaroo has no fat. It’s pretty mad. But other than that, what it tastes like: straight up beef. There’s no special flavour here. We were expecting kangaroo to taste gamey – it doesn’t, not even a little. It tastes like beef would taste if beef could ever be that lean.

I don’t mind the leanness. Definitely not the most flavourful, though, so while I would eat it again happily, I would certainly prefer a nice cut of beef for a steak over a kangaroo one.

Still nice to have tried it, though! And now we know what kangaroo tastes like.