Bournemouth recently hosted a military invasion (willingly I might add) on its otherwise pristine beaches. This invasion included 4 warships, a bunch of planes dumping brightly coloured chemicals, and some heavy armor vehicles. Said invasion is due to end on Sunday (running since Thursday) and Elise and I have had a blast visiting a number of times already this week – best invading force ever.

It’s something very surreal going through Bournemouth beach the day before the Air Festival and seeing a bunch of warships creeping in and dotting the horizon as people mooch on the beach. We spotted five altogether. 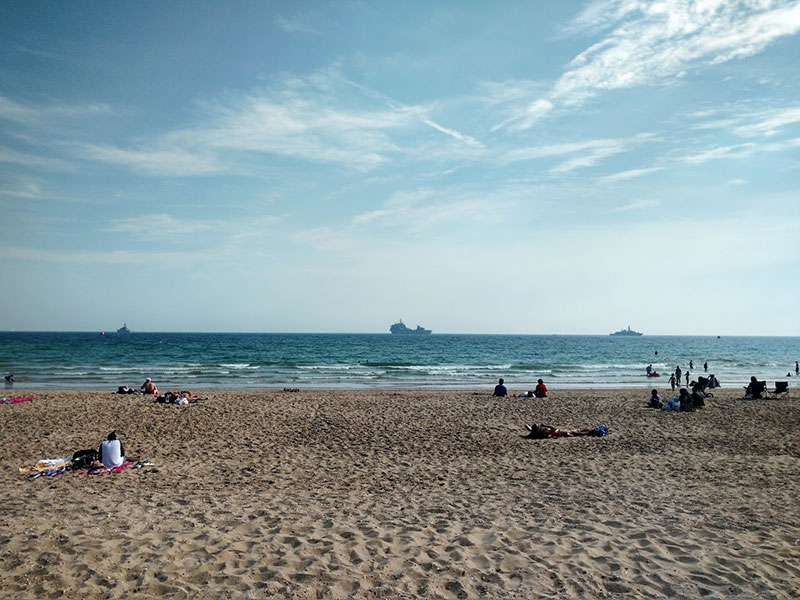 Spent some time resting (Elise with her feet in the sand) and admiring this surreal spectacle unfold.

Living 3 minutes from the beach is proving to be one of the best perks of our new digs. Everyday so far this week we have trampled ’round here. Makes for a nice evening stroll. 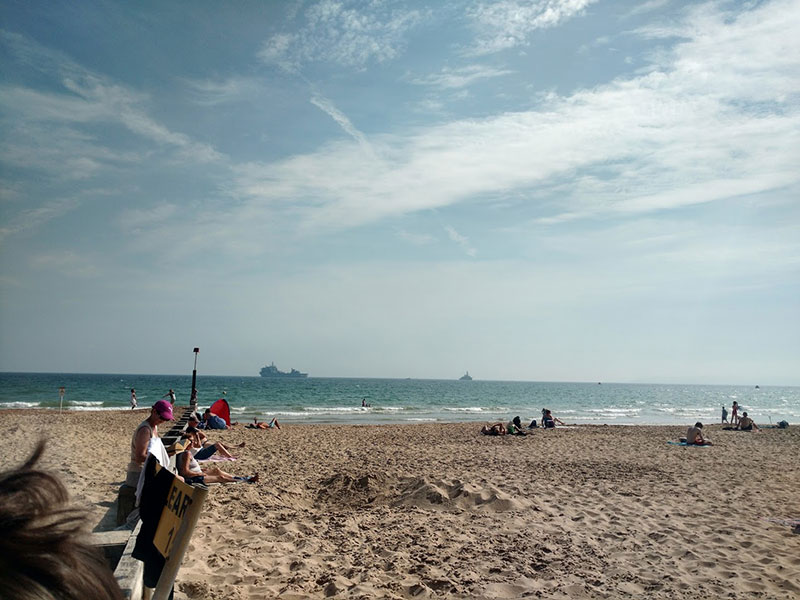 Love the shot below – poor kid looked befuddled and lost. Stared at me with as I was snapping away at the boats for a solid 5 minutes. 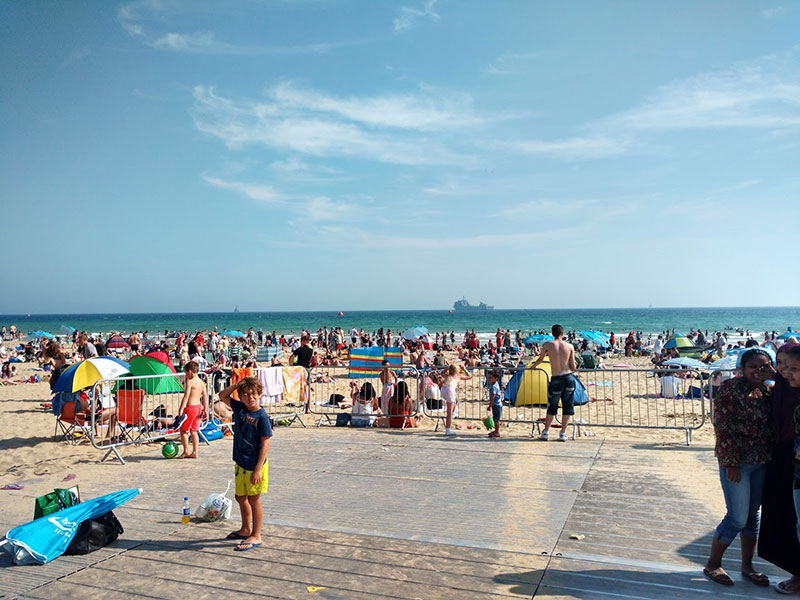 I fully expect this photograph to be slightly edited and thrown on the Daily Mail as further proof of militancy landing on our shores. 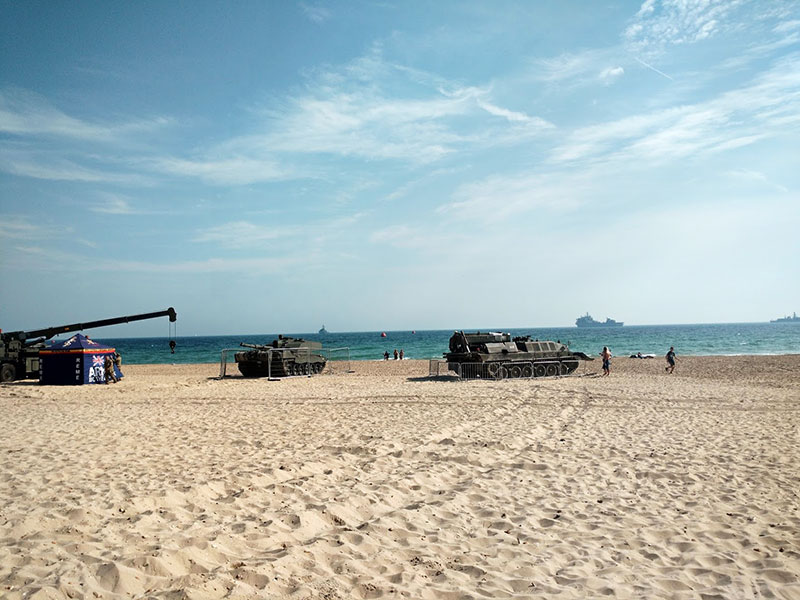 Next day, we visited the beach again, this time with Sue tagging along. She’s helpful in that she actually remembers the times these things take place. Too much work for Elise and I to look up and remember.

Disappointingly, the Red Arrows (display team of the Royal Air Force) does not use jump jets any longer. I was looking forward to some epic sonic booms and turbines rocking my world, but instead we got some pretty (super coordinated) aerial displays. Not my thing, personally, but if fireworks and this kinda display is yours – heavily recommended. 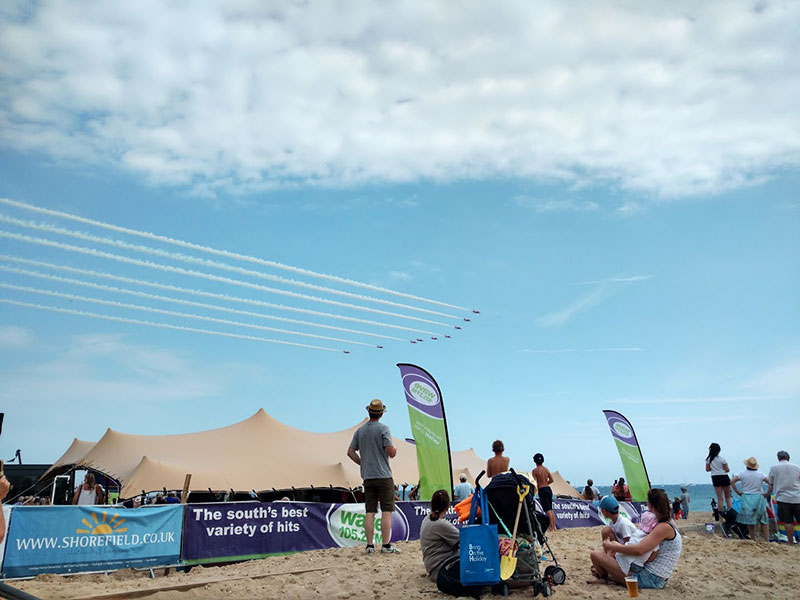 We bought some pretty swag from the Royal Navy & Royal Marines Charity – some sterling silver anchor earrings meant to be for Elise, but that ended up looking better on me, a couple awesome naval themed mugs, and then went back today to grab Elise a second pair of earrings (since I stole the first), this time sterling silver rudder earrings – so now we match.

Elise wanted to go on this monstrosity – 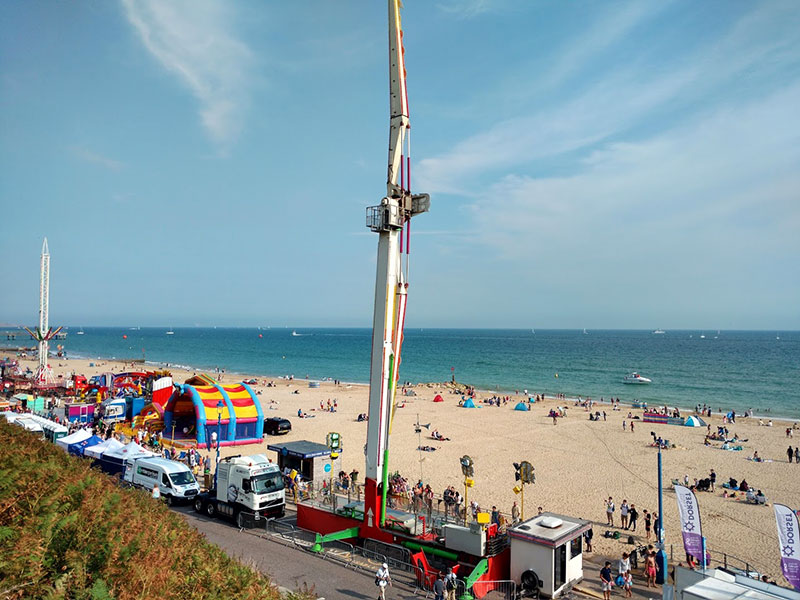 No way in hell. This “thing” is a menace and I heroically diverted my wife away from the threat en lieu of some Thai food. You’re welcome future Xavier’s.

And finally, possibly the most British thing ever. Like ever. 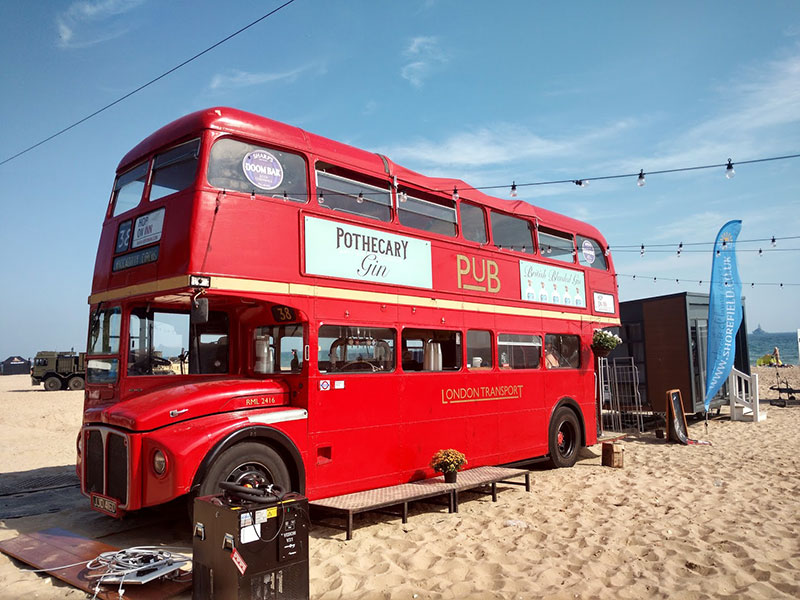 A red double-decker bus converted into a pub, selling British gin on the beach. My hat to you, gentleman.