On the 9th of October, Elise dragged me from bed around 6 AM saying the building behind ours was on fire. Never actually having seen a proper fire before, it was very interesting for us, specifically as we live on top floor of a 97 unit mansion block. Any thoughts I had of tackling a potential fire with a fire extinguisher and blanket went right out the window. When a fire gets this big, it is violent. 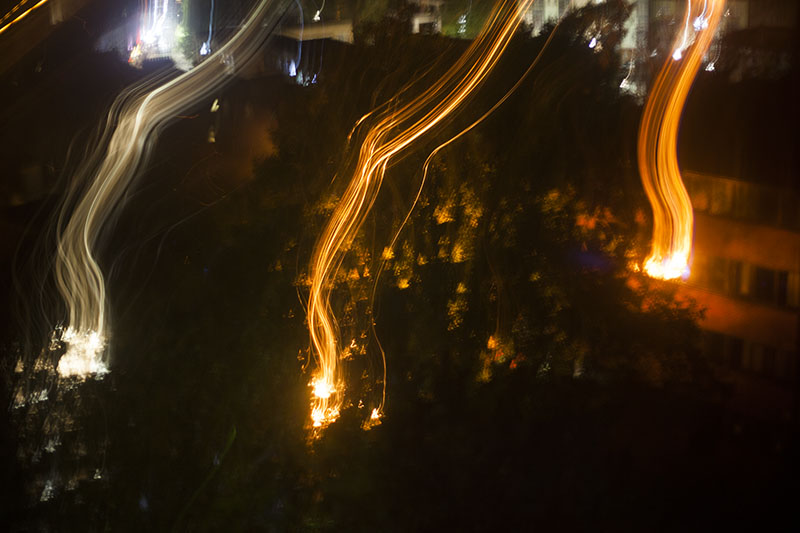 I remember just staring as the heat pushed its way out of the window and firemen scrambled around – credit where credit is due, they subdued that bitch real quick. Props. 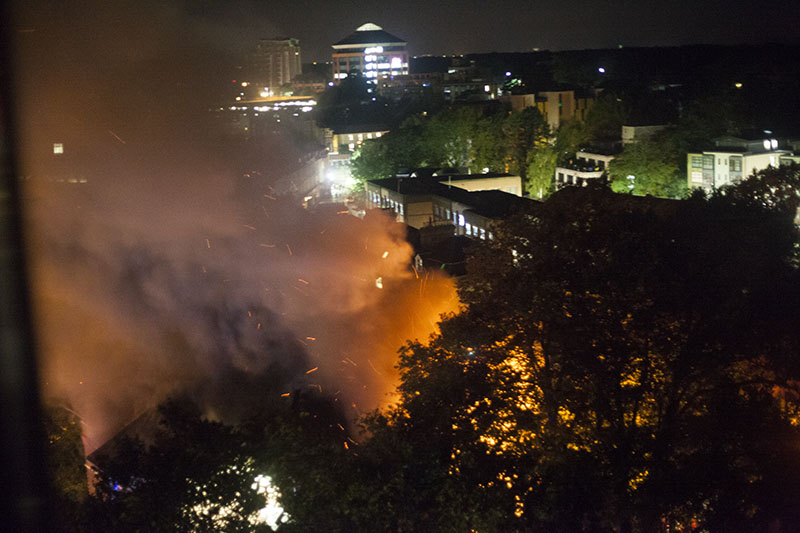 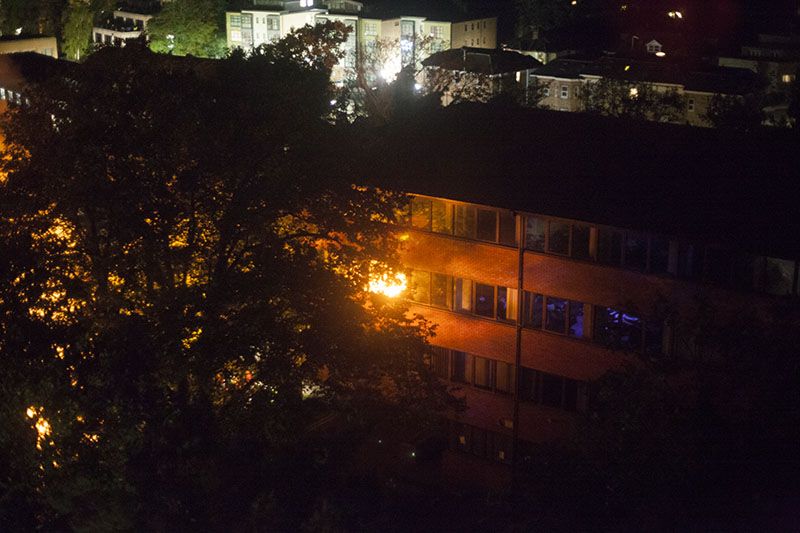 As the title suggests, the fire happened in an office building, which at the time had no one inside (thankfully!). We assume it was an electrical fire of sorts, but information online is sparse – couldn’t find mention of the incident at all, actually. With that said, witnessing this firsthand really put things in perspective: if a fire breaks out where we are – ain’t no way we can tackle it solo.

Luckily for us, our building is well designed and very well managed, thus escape routes are plentiful. We also have an integrated fire alarm system with central panel and off-site monitoring, so I figure we would get plenty of heads up.

Nonetheless, seeing brick, carpet and drywall burn with such fury was a sobering sight. 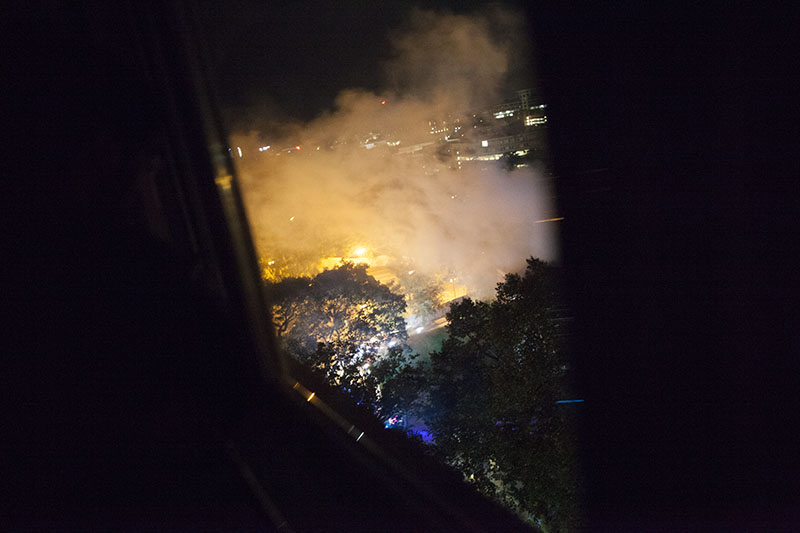 Day after, barely any evidence of the fire was noticeable. Smoke came out of the opened windows and firemen were crawling around the top floor, no doubt investigating the cause of the flames. Other than that, everything seemed just as it was. Fire really does not do damage to these buildings like it does to those in Canada. The roof and lower floors seem wholly unaffected. The fire was roaring the night before, and yet contagion was limited. Firemen did their job so quickly, though, it’s no surprise to me that so little was affected. 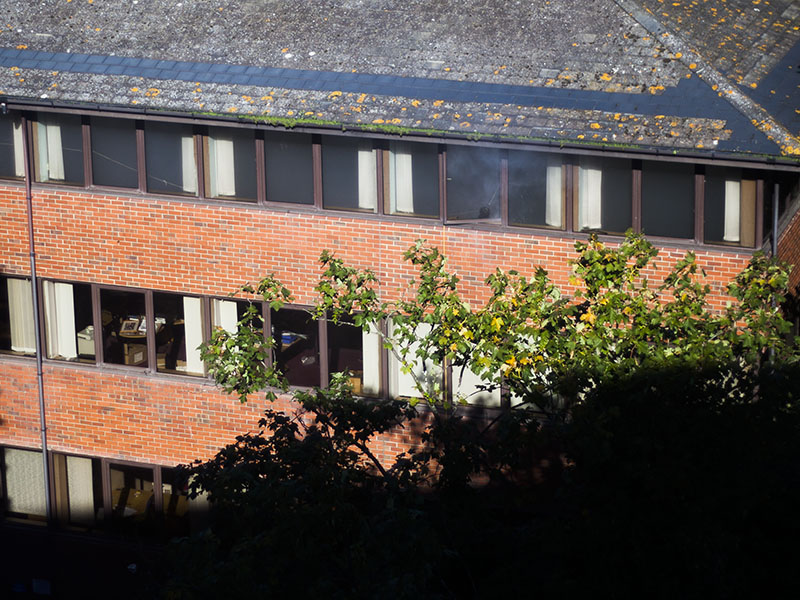 In the cold light of day, it’s pretty surreal to see the situation deescalate to such an extent. 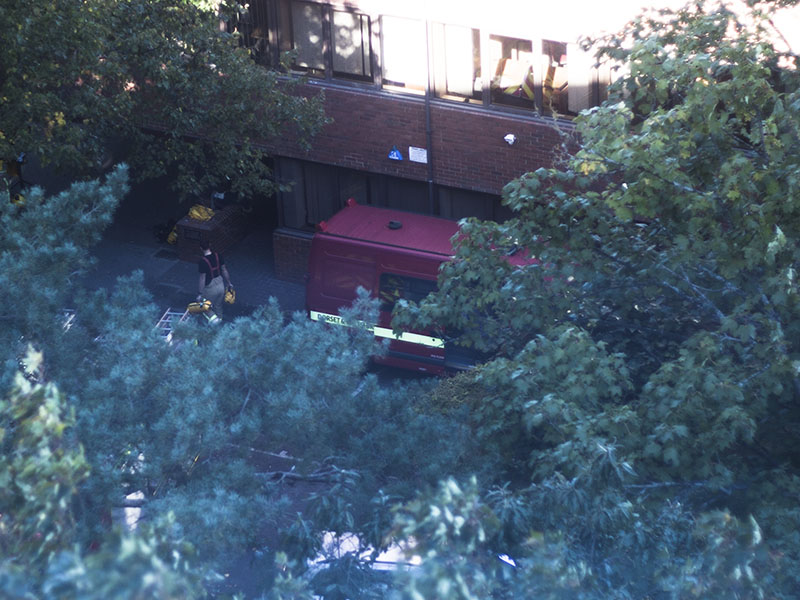 Elise and I had a serious chat about what we would do if something like this happened in our home, ultimately saying we’d grab paperwork (passport etc.), cat, and get the fuck out as quickly as possible. After a certain point of not being tackled, fire takes on a life of its own and I don’t feel inclined to fight it. Life, after all, is far more valuable than any possessions.