The oddest thing about being less than 5 minutes walk from the beach is that you get acclimated to the idea of accessibility. You put off going down to the sea because doing so is just so easy.

I feel like I have to encourage myself. If one day I move somewhere without such a beautiful view on my doorstop I will seriously kick myself for ignoring it whilst I had it. 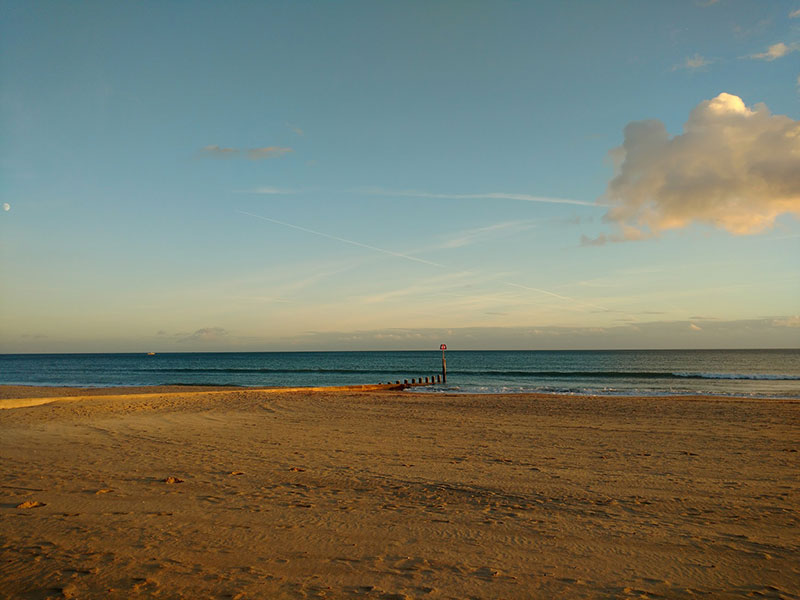 When we visited this past week, the air was quite crisp. Not a huge issue, as I expected worse and bundled up (not by Canadian standards of course), but the beautiful desolation made up for my nose getting a smidgen cold. Absolutely no one around on the beach with a few walkers/joggers on the promenade who were easy to ignore.

It’s quite a jarring sight to have such a huge expanse of space without any humans interfering. A great place to nestle down and have a pipe (wish I had brought mine with me at the time!). 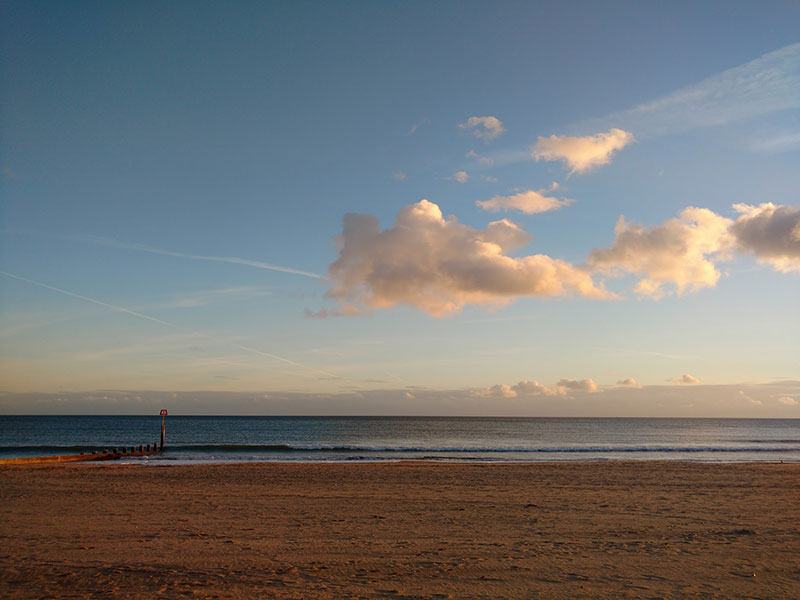 Interestingly, the beach itself had a very different feel from the summer due to the rougher terrain that the sand naturally adopts. During the summer the beach is cleaned and raked almost religiously (millions of tourists after all) and I do sometimes think of Bournemouth beach as a smidgen too clean, almost sterile. This current landscape is far more interesting to me – almost martian in appearance at this time of day! 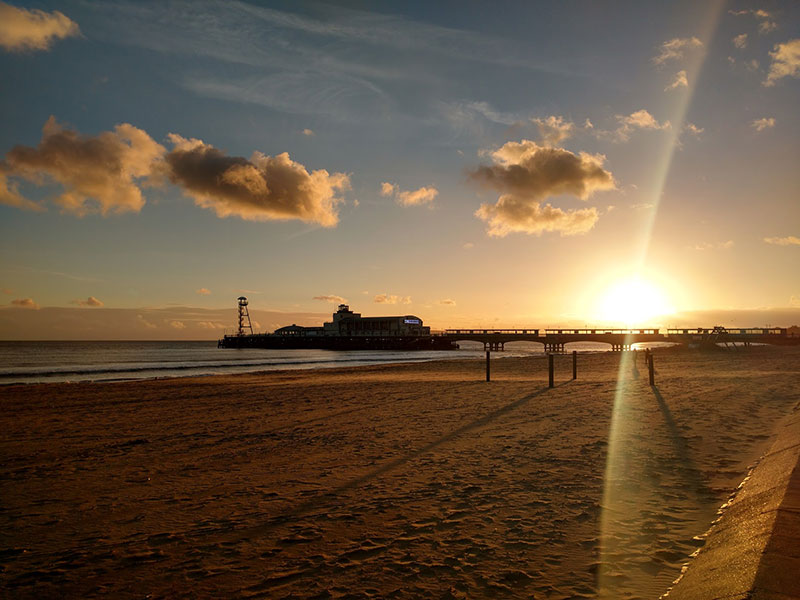 Something to note, all of the photographs above are 100% unedited (besides resizing) and were taken with my phone (Moto X Play). If we had Elise’s 5D, the shots would have been absolutely jaw dropping.