A couple weekends ago, we were asked by not just one neighbour, but two, to feed their cat(s) while they were away. The first neighbour has a total of three cats – Tig, Martha, and Holly, while the second neighbour has just one (at the moment, they told me they had up to 6 – or was it 7 – cats in the household at one time!), Sammy.

So we started our Sunday at Tig, Martha, and Holly’s.

Sadly, only Martha was there to be seen. Very excited to have her breakfast, she followed us into the kitchen and waited by the windowsill that she sits and eats at. I washed her bowl and filled it with food, snapped a few pictures, then went on to fill all the others’ bowls. 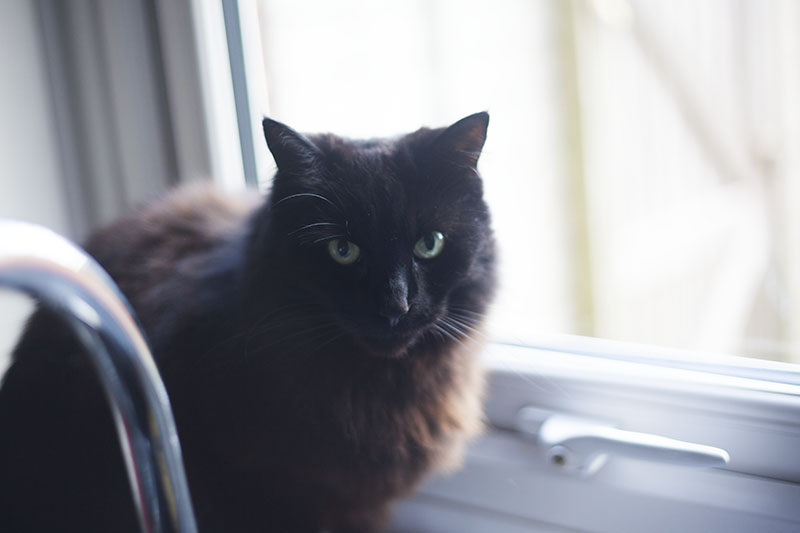 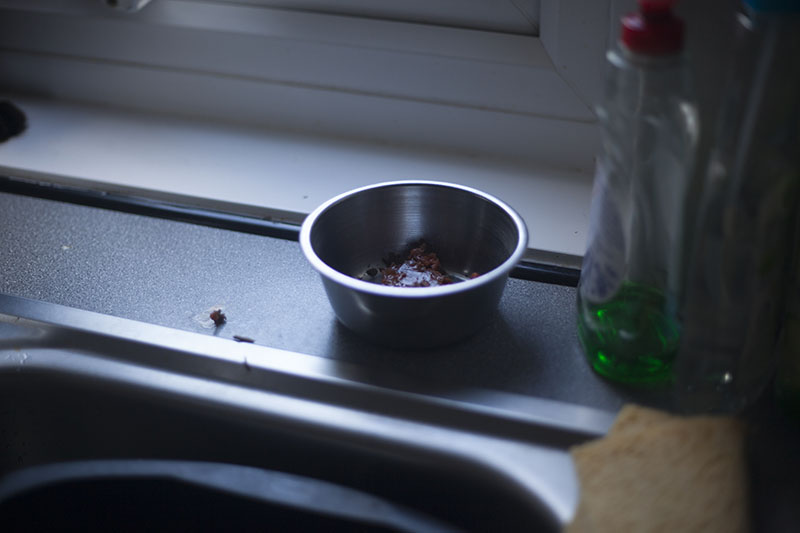 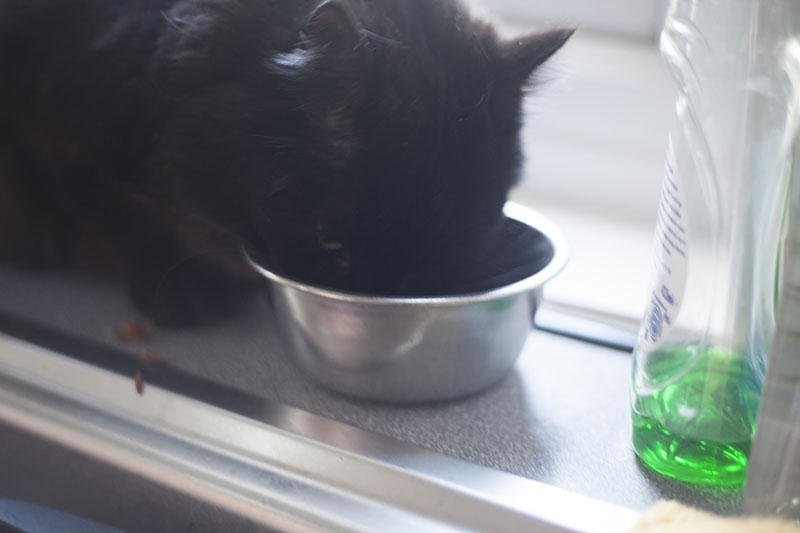 Once Martha finished up her meal, I topped her up, and added some more to the other cats’ bowls in case they too were as hungry as Martha. She left quite a few bites in her plate this time, and being done, waltzed off toward the front door to leave. Thomas & I called after her, hoping for her to come back for a cuddle, but no go.

Unfortunately for us, even though we’d just been her ticket to a nice meal, this apparently was not quite enough to win her over. She did turn and stare when we called her back, but this didn’t stop her from going outside. 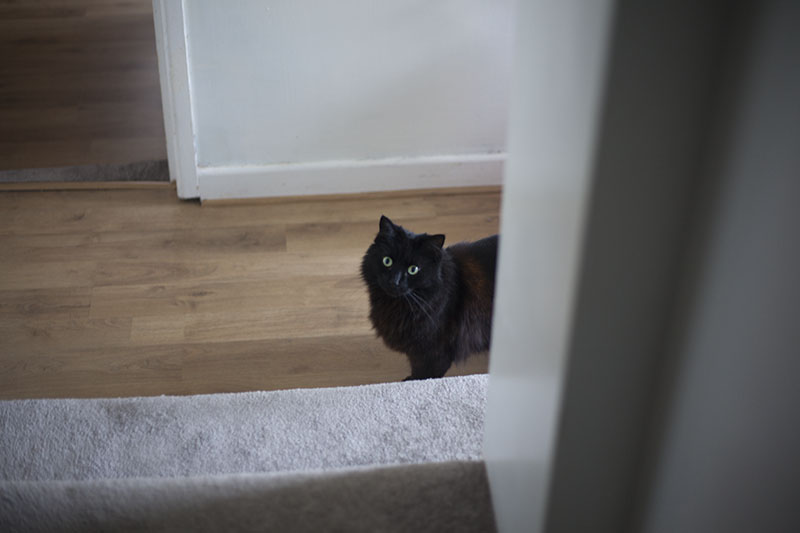 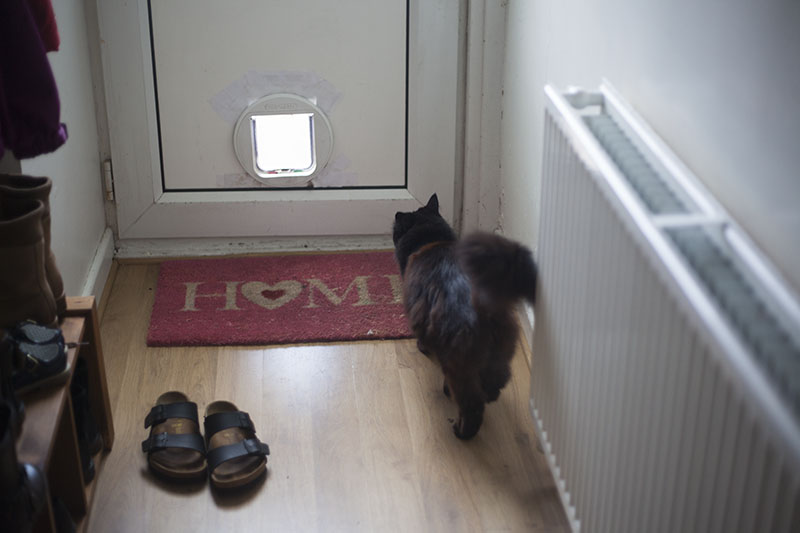 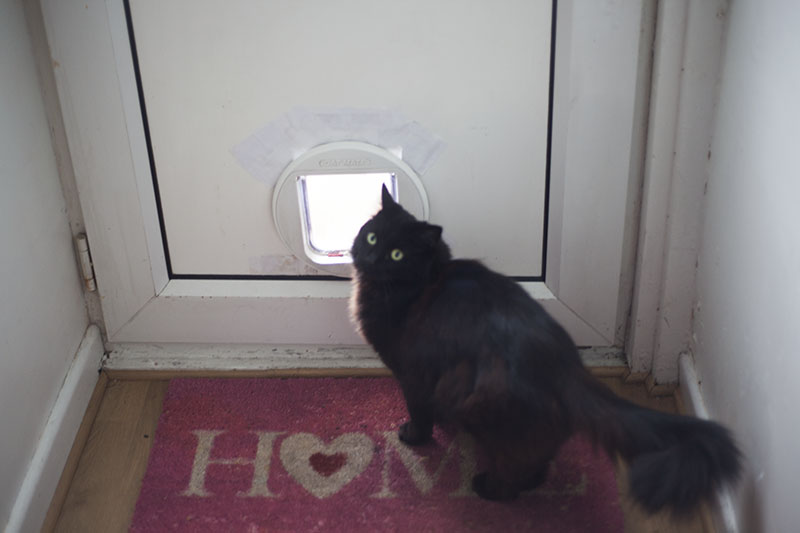 Though she did wait for us to leave as well, and stared at us some more when we were outside. The start to a friendly relationship budding? 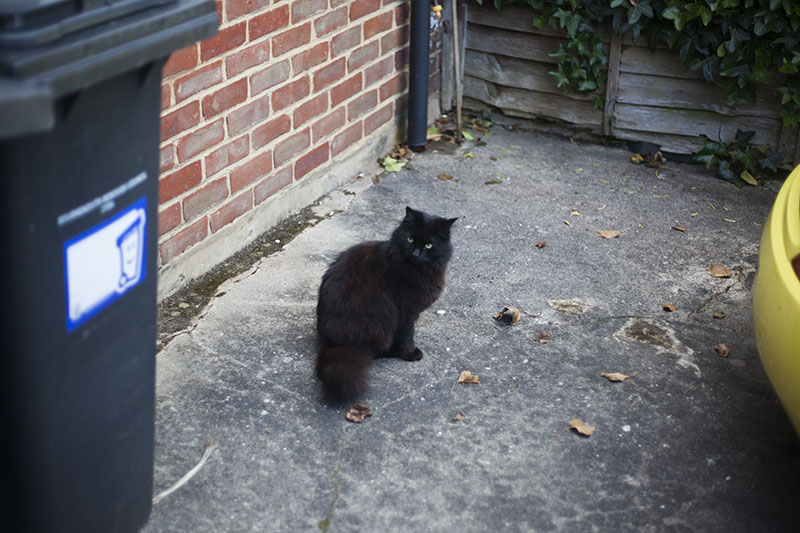 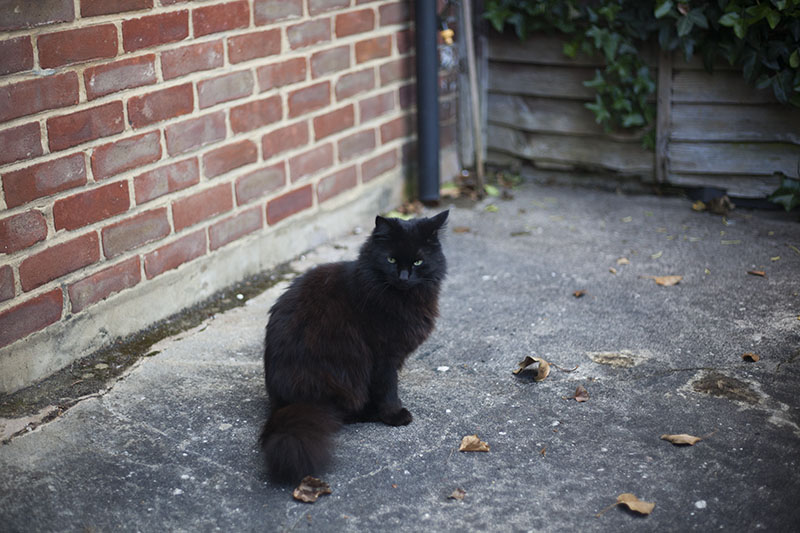 What a stunning cat.