Since we arrived in the U.K. a couple months ago, Lidl’s has basically been our one-stop shop for all our meals. Every once in a while, we stop by Waitrose to grab some of their amazing lemon mayonnaise or to get our hands on some of Ryvita’s pumpkin seeds and oats crispbread (so good!), hell every once in a while we even splurge and get a full out Indian dinner or a pot of our favourite ice cream (Makie’s traditional ice cream). But right now, if we had to choose just one shop to buy groceries from, it would have to be Lidl’s.

Since we’re still living with Sue (waiting on the internet to be installed at our place and may be waiting on the furniture delivery, too), Avery’s still being confined to one bedroom unless we take him out on his blue walking vest, the same way we’d done things in Canada, when we were staying at my mum’s. The reason we do this is because he’s a particularly flighty cat, and here the windows have no mesh, so he could simply run out of one and end up on the busy street we live on – no need to explain how dangerous that is. Running out the door is just as easy, as there’s a set of stairs leading to a single door all the way out and on to one of the busiest streets in the neighbourhood. No good, so we keep him in our room unless he’s on his vest. Avery’s perfectly content with the stay-in-one-room way of life, as he’s been used to small spaces for ages, and so long as we give him plenty to climb up on and hide in, a nice window to look out of, and plenty of attention, playing with, and cuddles, he’s just as happy as can be.

But we do take him out, two or three times a day lately, just to keep his company and to spoil him with some treats. Breakfasts, I take him out with me, seat him on the kitchen chair, and give him a slow and steady drip of snacks as I finish my own breakfast.

Don’t mind that grumpy face he’s making in the picture below – some people have RBF (resting bitch face), and it appears, so do some cats. His grumpy face is a huge part of why we love him so much – he looks the way we feel inside. What an old man. 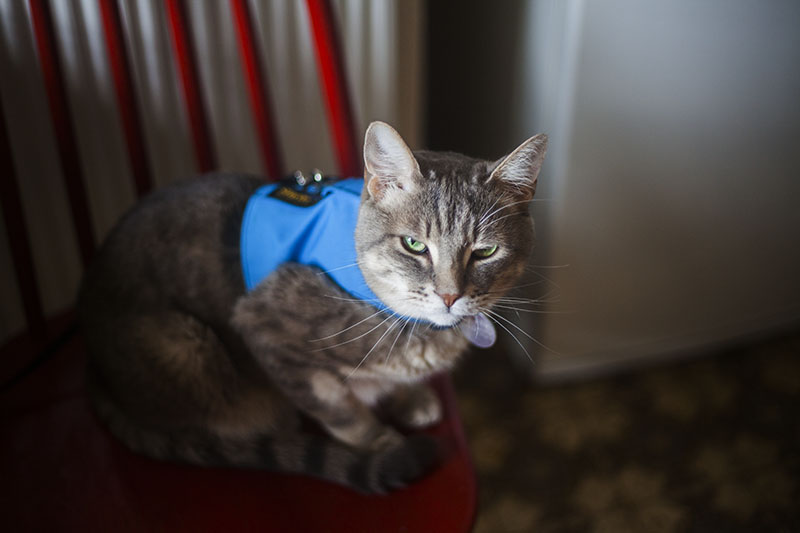 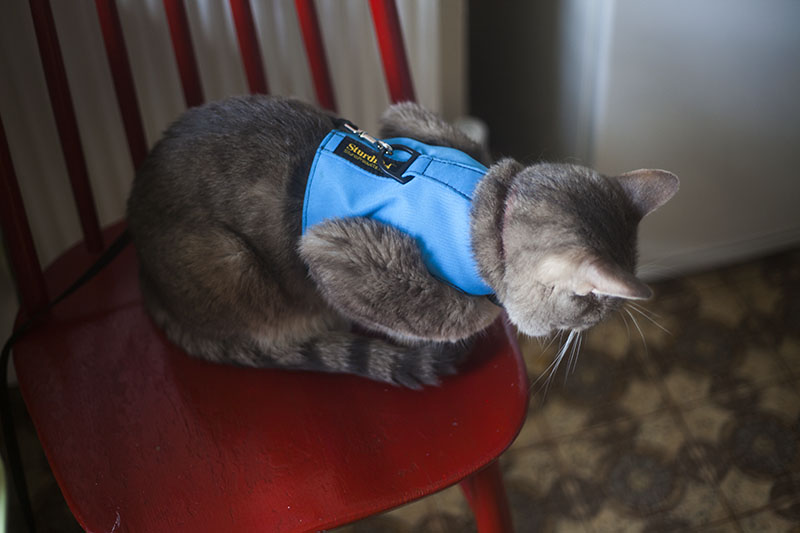 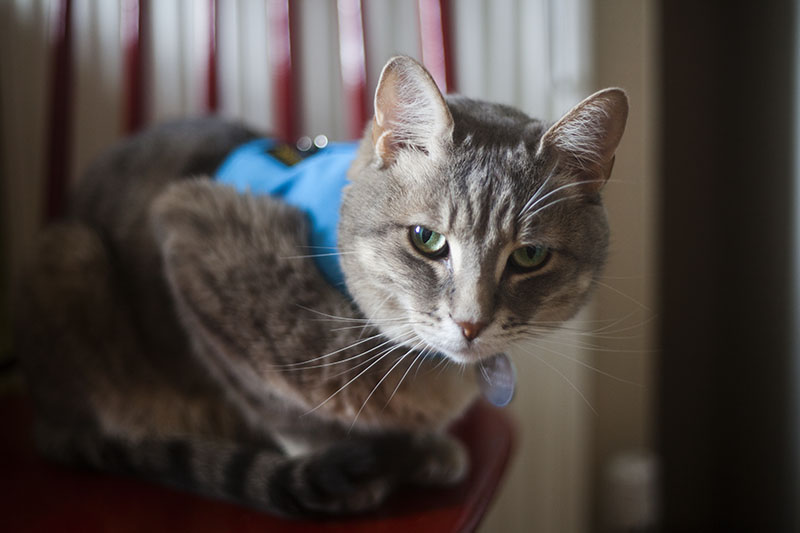 Back to talking about food. Lately, the bulk of my breakfasts have been the same thing day in day out – some delicious Dulano Chorizo and Milbona Emmental from Lidl’s. So stinkin’ tasty. I’ve taken a picture of the wrappers for each in case you’re interested in seeking these out at Lidl’s yourself. 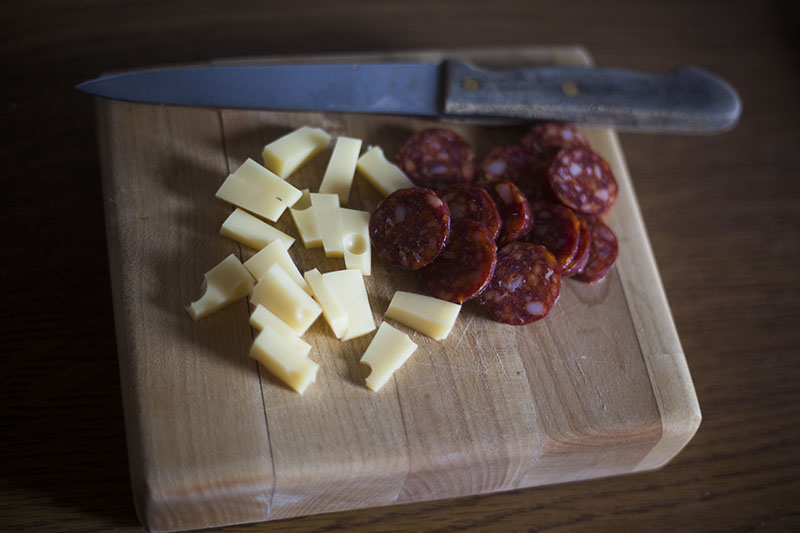 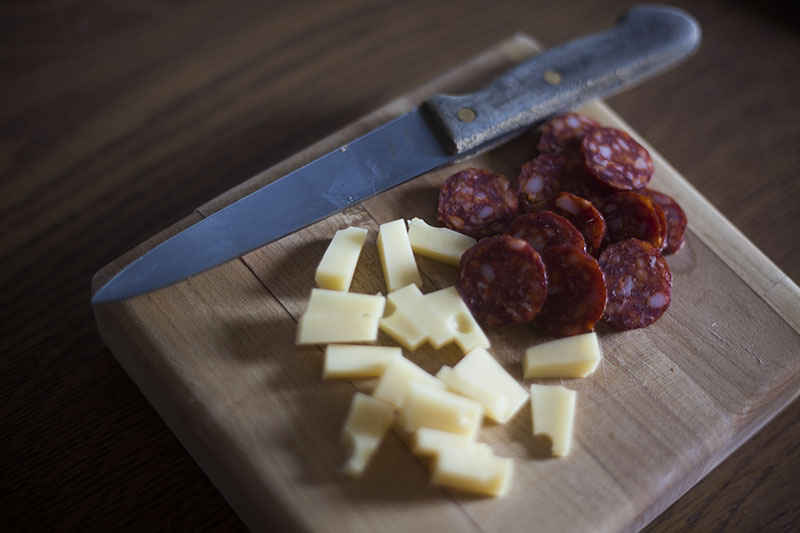 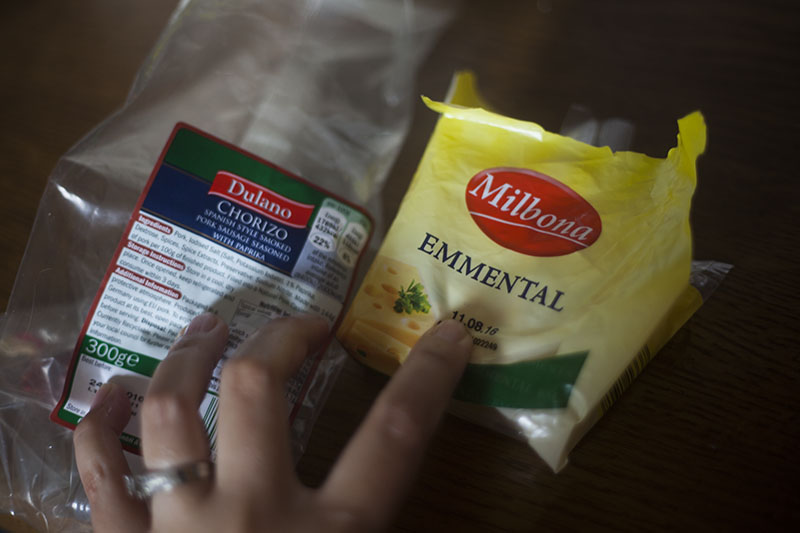 You see I started off becoming obsessed with that heavenly fresh-baked tiger bread at Lidl’s, having it with either pâté or (my favourite) aged-at-home Camembert, as well as a side of tomatoes, but let’s be honest, I wasn’t doing my waistline any favours that way. So I cut out the carbs and saved that wonderful bread for days I’m really craving it. Doesn’t happen all that often because I still adore my breakfasts without that glorious bread – hard cheese and cured meats suit me just fine.

While the Dulano Chorizo and the Milbona Emmental are my staples, I do slot other cured meats and other hard cheeses in to replace them if I see something I fancy. Comté, for example, fairly often replaces the emmantal. I’ve also begun eating pâté on that Ryvita crispbread I mentioned I get from Waitrose every so often, so that’s a decent replacement for the bread, I think.

Once I’ve prepared my food, I usually turn back to Avery and give him a little nibble; using the salmon version of his cat food to do so. 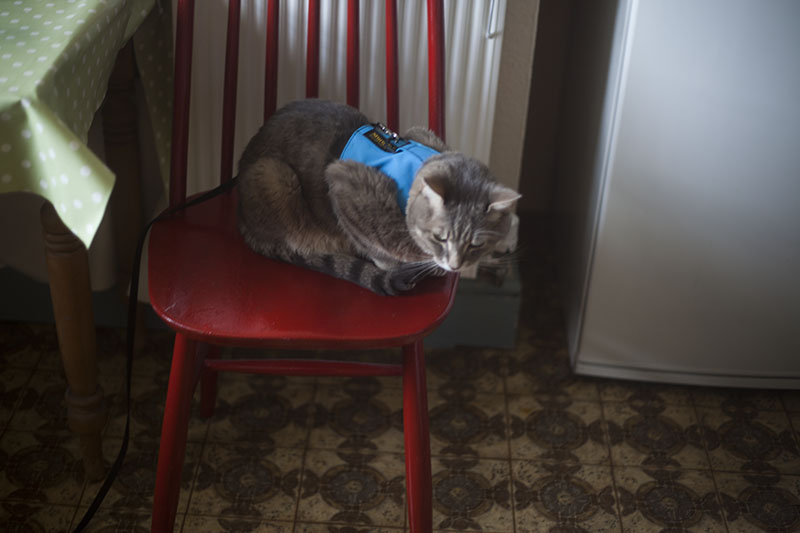 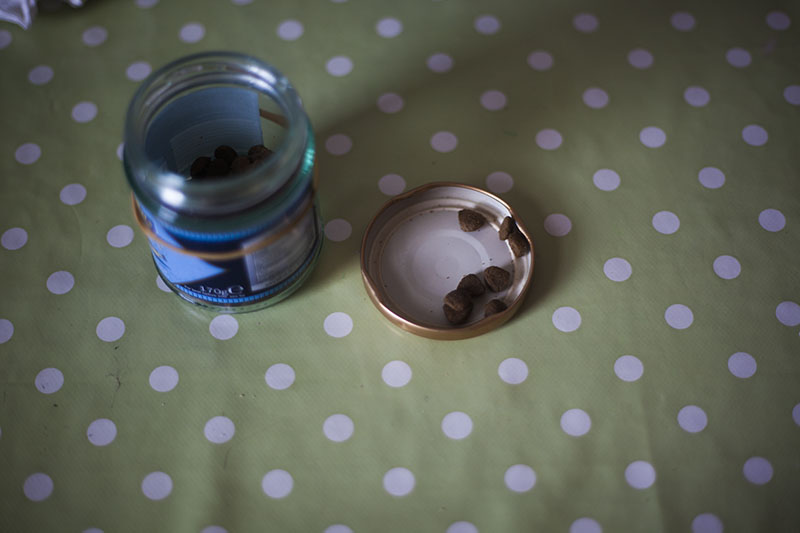 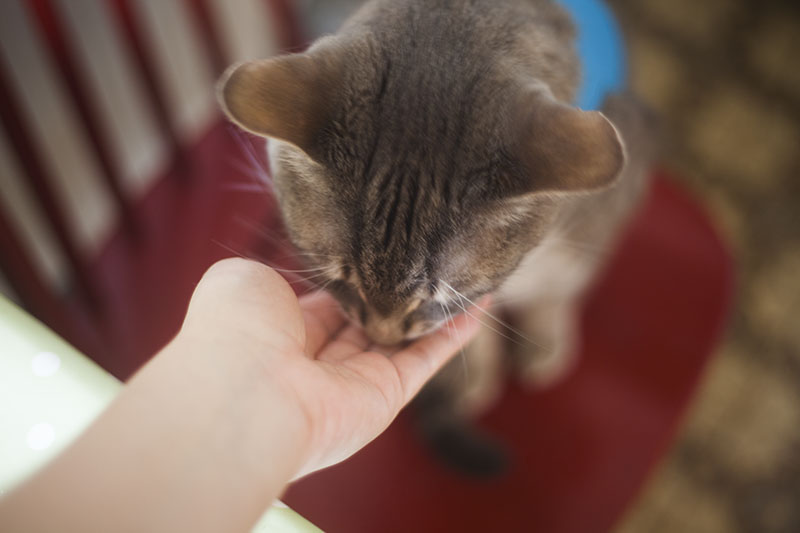 He really does love this cat food, and I couldn’t be happier with it either. 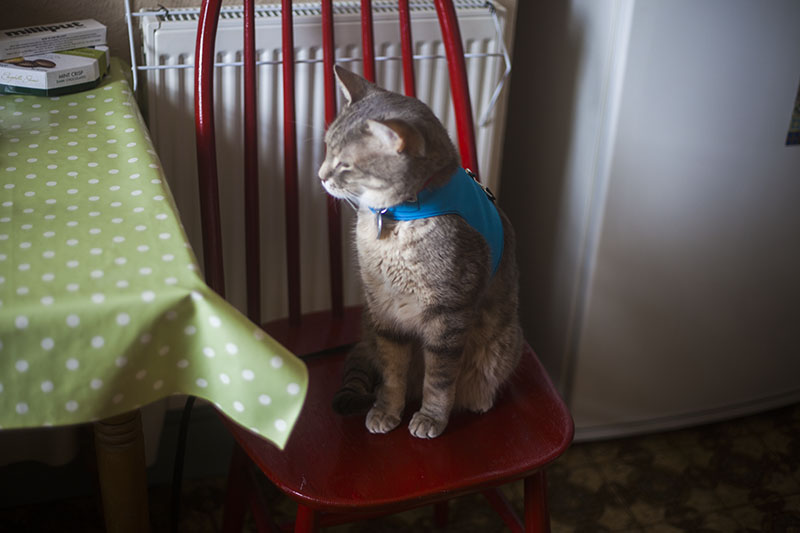 After snacking away a little on my cured meat and cheese, I normally whip out the hummus (also from Lidl’s) and celery, to get some veggies into my breakfast diet. I used to eat tomatoes very regularly, and am considering going back to that, but right now, I’m just completely sold on this winning breakfast combination. Something about the crunchiness of the celery and the texture of the hummus makes it feel like a nice fresh start to the day. 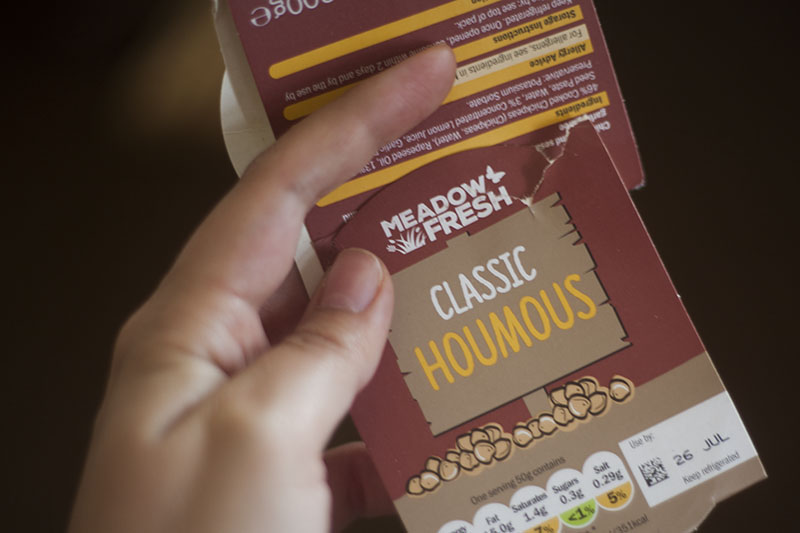 I did try Waitrose branded hummus and I have to admit, it doesn’t do it for me. I really do prefer the Meadow Fresh Classic Houmous offered at Lidl’s over it. The Lidl’s one is honestly so tasty and I can’t quite place my finger on why, seeing as how I usually like stronger tasting and harder hummus than either these two options.