The huge (and I do mean huge) Ikea order I placed came in on Tuesday, July 30 – almost a full month ago – and we’ve taken about a whole month to recover from the aftermath. 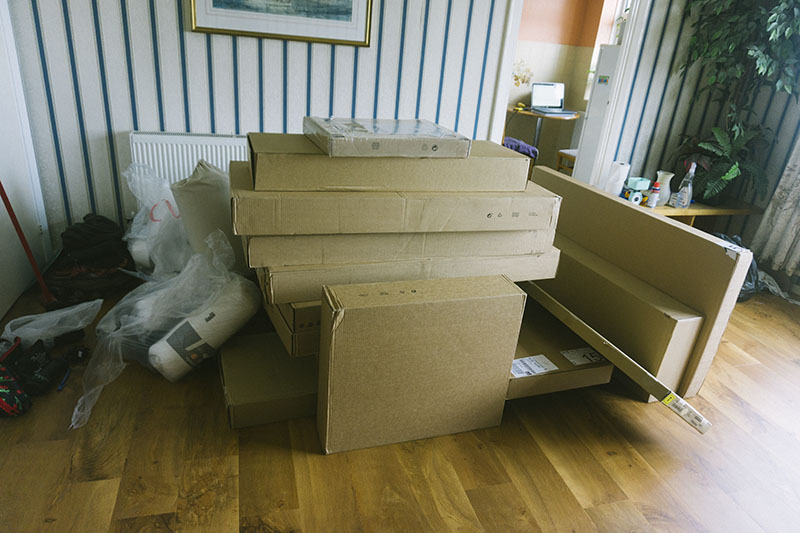 Yes, that’s it. And if you can’t get a sense of just how much we ordered because it’s all flat packed and boxed up, lookin’ all neat and tidy, I’ll give you the rundown; this is exactly what we ordered:

£35 delivery charge? Completely worth it.

Just looking at these pictures again is pretty overwhelming. Am glad that bit of life has now passed and is done with! 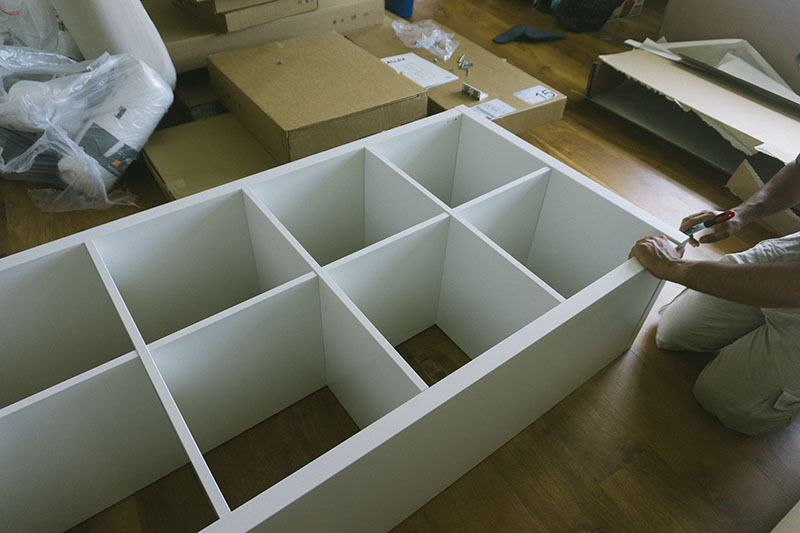 That fateful Tuesday, the Ikea order arrived a few hours later than expected. Still having some daylight, I kicked the process off by attempting to put together the Bekvam step stool. After succeeding, I felt a lot better about putting together what was ahead of us (wrongfully so!). Thomas and I (myself doing the planning and preparing – and making a number of mistakes in the process, while Thomas of course doing the large bulk of the physical labour) then put together our Kallax shelf, and finally, got around to assembling our enormously comfortable Mandal bed so we’d have something to sleep in for the night. A nice change of pace from sleeping on the floor with nothing more than a duvet beneath us. 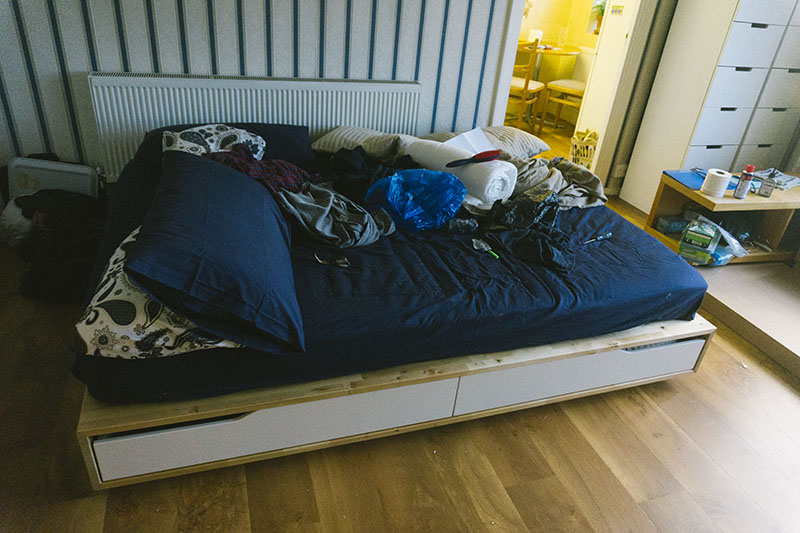 The next things we put together were the Nordli drawer units, since just those two chests of drawers took up a whopping 6 packages. That out the way, we did an Alex desk so Thomas could finally get around to feeling normal again. He’s not a fan of using a laptop as a laptop – always plugs in a nice large monitor, a keyboard, and a mouse into his rig – so this made his life plenty easier from the coffee table he was using to keep his rig on. Oh and he finally got to sit down on a chair rather than the floor.

We borrowed some kickass folding chairs from Sue to use for the two desks – and gave them some nice cosies in the form of our own socks stuffed with some of the paper wrapping from the Ikea furniture. A lot better than scratching our new floors – and pretty cute if you ask me. 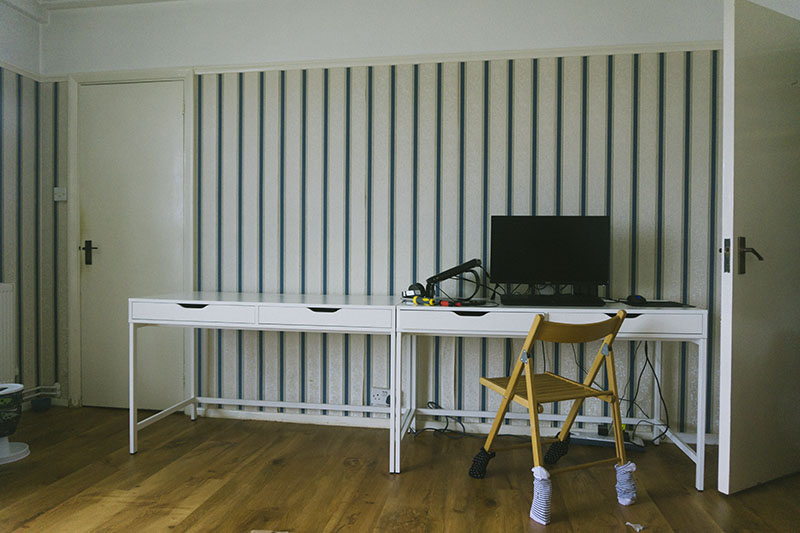 Although we didn’t put together more than 3-4 pieces a day (considering we had plenty of other things to do) we weren’t too bad on progress. We took days-long breaks at times (poor Thomas – shoulder and back weren’t too hot for about a week after the initial few days), but still managed to get done pretty quickly. 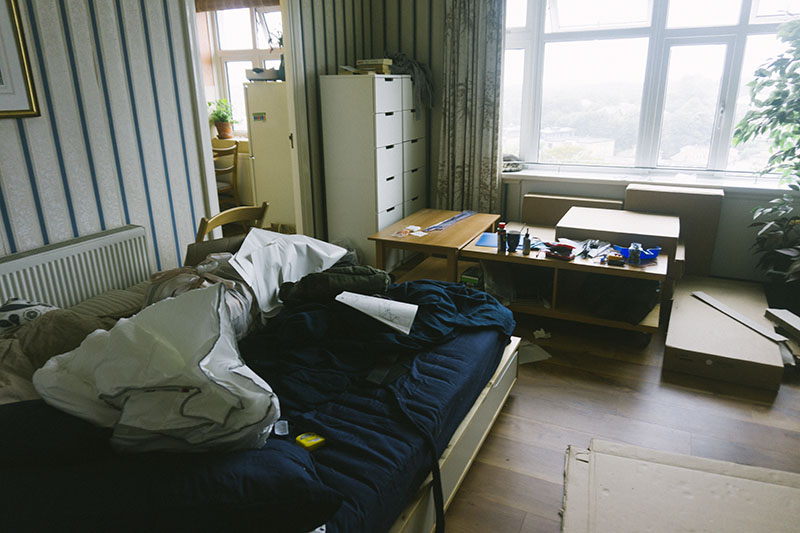 Not as quickly as Thomas had originally thought, of course. He thought he’d manage to do everything in about a day. Maybe two. No. Definitely looks a lot easier than it is. If you’re doing a massive Ikea haul like we did, expect to put together around 3-4 pieces a day if you’re taking it easy (but not too easy), and maybe 8 pieces at most if you’re working long hours. If you’re more experienced with Ikea furniture, I’d estimate it can cut the time you take in half, or maybe even a quarter. Making heads or tails out of the instructions is one of the most time consuming part of the process at first, then nearing the end of your haul, it should get to be almost no part of the time taken.

Avery monitored us very closely while we’d work on piecing together the furniture – sometimes too closely, so we’d have to shoo him away. All in all, I think he was more fascinated in what we were doing than we were. 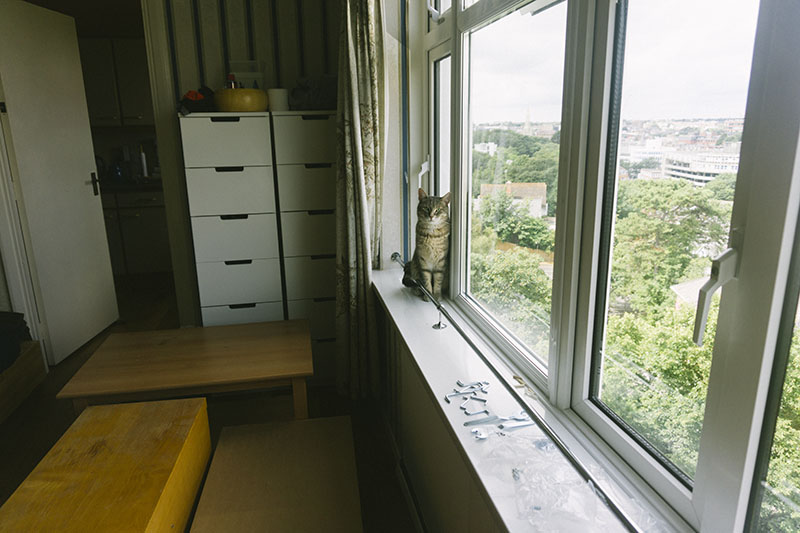 As we inched closer and closer to completing the assembly of every single piece of furniture we bought, it became clear we’d done a damned good job at selecting furniture (I say we because Thomas helped with final decisions – choosing the Mandal bed over the Hemnes daybed – which was the right call, and choosing the Alex desks with me once it was evident my initial choice of DIY-ing a single, massive desk with an Ikea kitchen counter top and two Alex drawer units was out of the question since what I originally wanted was out of stock). I’m very impressed with how the pieces turned out looking together – especially since they all seem to match even though many are from different collections (Nordli/Alex/Mandal). 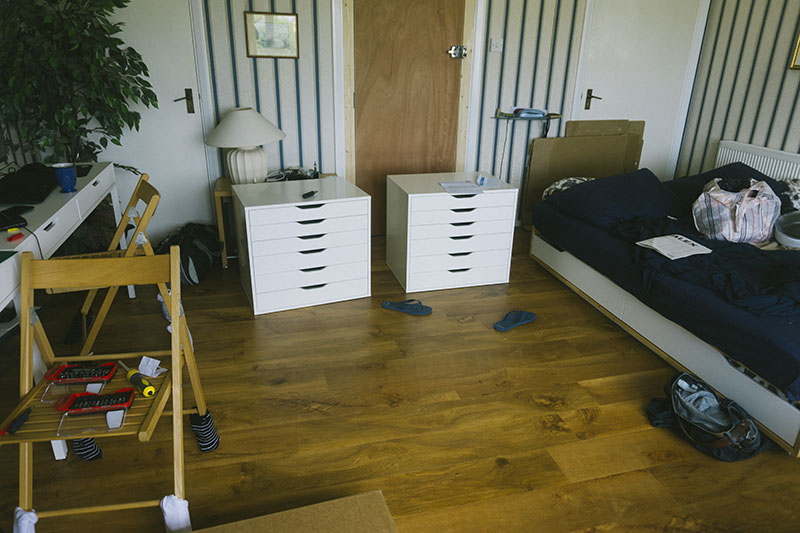 Nearing the very end, we’d evolved into pros at constructing. I daresay the Mandal bed was the worst to put together – maybe because we began with it, though more likely because it’s just so big and awkward, and if you make a mistake it’s hard to see what went wrong considering the pieces all look so similar! The chests of drawers were a breeze for us by the time we got to the last 3-4. Once you had the hang of them, they were all nearly the same, and quite monotonous things to put together. 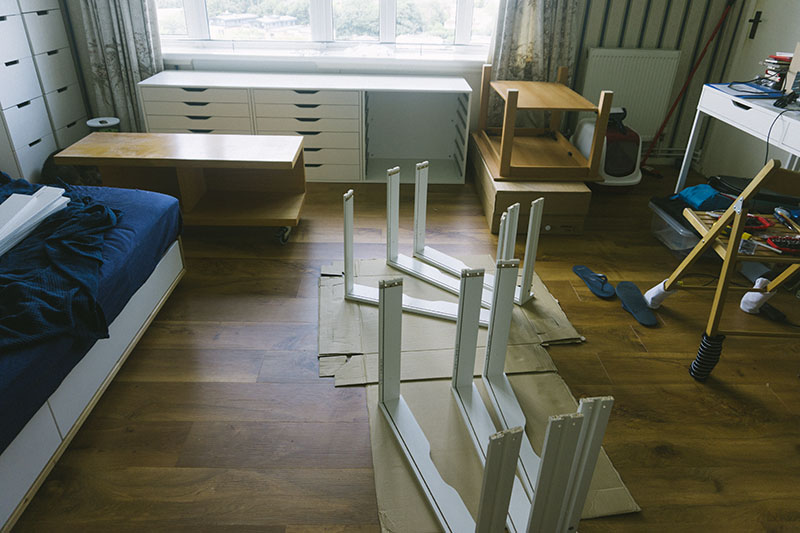 Everything finally being done, we still had a pretty big mess on our hands, considering we had a large number of extra pieces of furniture we no longer wanted. I’ll be posting pictures of the completed pieces of furniture tomorrow – in their rightful spots – since we finally got all the extra, unwanted furniture out of the way by donating it (just yesterday – not our choice, it just takes forever to do things here!). For the record – boy is it hard to get rid of large, unwanted items in this country. I’m so thankful for charities that do free collection!

We will be doing a second Ikea haul pretty shortly (next month or maybe the month after), but it’ll mostly be for small pieces – no more big furniture unless we decide to get some more chests of drawers. For now, though, looks like we got exactly what we needed and no more.