I know how it feels to want change, and to want it to have happened yesterday. But we all know that’s not how change works. Wanting alone never equates to the change we want taking place.

Change takes time, sometimes a lot more of it than we ever could’ve expected. Yet when we look at our big goals, we appreciate how they’d be worth the time we’d have to put in to get those changes.

Where I feel like I’ve not had the ability to change in the past: times when I wasn’t in control of my environment. Besides that, the only hindrance I’ve ever had in attempts to change my life is when I took on too much at once, trying to implement every change I wanted, leading me to crash and burn within a month.

It’s hard, if not impossible, to try making a business a success, losing a great deal of weight, getting serious about exercise, making a schedule stick, and quitting destructive habits all at once. It’s a setup for failure in my eyes – because change is hard to get in just one area of your life, and each time you add one more it’s like multiplying the difficulty, not just adding it. 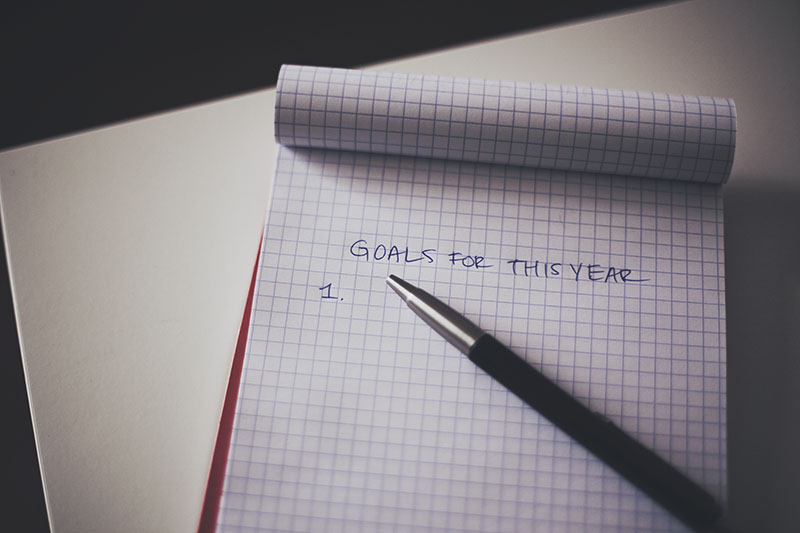 So what can you do? Pick one big goal you’d like to start with, concentrate on that until you’ve successfully achieved it, and then move on to another once you’ve turned your first goal into a habit and not just a temporary change in your life.

How long should you concentrate on your big goal? I’d say around a year. Maybe half a year if you’ve certainly only got one big goal that you’ve been concentrating on and after trying for some time, everything has been going fine. But if the habit you’re trying to form is a doosey, there’s no harm in giving yourself one full year to accomplish it. Once you’ve done it for that long, you’ll be changed and not just changing. Your new habit will be second nature to you instead of something you have to actively think about and try to stick to. And that means you can spend your time and mental capacity concentrating on a new big goal instead of having a lot of energy wasted on an attempt to change multiple habits at once.

What kinds of things qualify as big goals? I’ve already listed quite a number, but basically:

I’m sure there are many others, but you get the gist. I’d personally never simply say “losing weight” is a goal – you can technically combat weight in many ways, and it’s not specific enough. Though I personally made “losing weight” my goal for last year (or more specifically, my goal when Thomas & I moved into our new flat), in my head it only ever equated to eating healthier, or more specifically, cutting down on carbs (my weakness). I would never try mixing two enormous goals like eating healthier and getting serious about working out. Though doing both might help me with my overall goal of losing weight, I know that for me personally, one goal almost certainly will distract from the other – as if I’m exhausted after a workout and I haven’t gotten into the habit of eating healthy, I damn well won’t start when I’m tired. Instead, I’d concentrate on losing weight through dieting first (it’s much more effective than losing weight through exercising, promise), then once I’d gotten healthy eating habits in the picture and stayed steadily that way for a long time, I’d add exercising into the mix.

Starting up a company is no small feat. Starting up anything and getting it to the point where you’re happy with it is no small feat, but companies can take years before they get to the point where they’re smoothly running, if they even get there at all. I’ve tried starting goals while trying to start up companies and big projects before – it doesn’t work. Not for me. If you’re doing too much at once, something is going to give, and chances are you don’t want that to be your work. So if you’re starting something up, give it the attention it deserves and stick to that being your one goal for the 1-2 years it needs to be on its own two feet.

Quitting a habit you no longer want is the very same. Don’t under-estimate how much mental capacity gets taken up by you trying to avoid a behaviour you’ve been engaging in for a long time. It’s harder to quit something than it is to develop a new habit, in my opinion. We all know how hard quitting is, and yet it seems when we try to quit “bad things” we try to quit them all at once, leading to a pretty swift fall off the bandwagon. Don’t try to quit drinking and smoking at once, if that’s the ultimate goal you’re after. If you find they often go hand-in-hand, try quitting the one that leads to the other first (i.e. quit alcohol first, get that to stick for at least 6 months to a year, then quit smoking). Don’t do this cold turkey business for every bad habit you’ve got at once – you’re going to have a very hard time (and possibly a breakdown).

You probably want all your goals to be accomplished at once. You probably want all your bad habits gone and all the good habits you want already in habit form. But that’s not how you make changes in your life or you risk losing all the effort you put in and reverting back to old habits within no time at all. Concentrate on one thing. Make it stick. Hold that habit steady for a long time. Make sure it’s your new normal. Then and only then start another goal (again, after around 6 months minimum).

If some of your goals are smaller and don’t require much change (i.e. you already implemented a daily schedule/routine but you want to change it to something you think will work out better for you), then you can try working on that small goal with another small goal (i.e. you already read a book a month, but you want to kick that up to a book every two weeks). But do not try to take on too much. If you want your goals to stick, you have to devote a lot of time and mental capacity to each of them.

Speeding up the process rarely works. If by some fluke it does, then it doesn’t necessarily mean it will work out for you again. And if you think about it, what’s the big deal if it takes you 3-4 years to get some enormously beneficial changes made to your life? If you train yourself to eat healthier this year, then next year you train yourself to be more fit through exercising regularly, that just took you only two years to have probably what you’d consider to be an ideal body. Certainly, you’d be much better off health-wise after those two years. Is that too long to wait for such an incredible goal achieved? I doubt it. It’s much faster than crashing and burning multiple times a decade, only to remain the same weight and in the same overall fitness level as when you started trying to get-fit-through-dieting-and-heavy-exercise-all-at-once.

Give yourself time for your changes. Don’t take on too much.

You’re much more likely to succeed.