I just don’t get companies the size of Dell having sub par customer service in this day and age of information being so readily available for mass consumption. It’s utterly shocking to me that enormous multinational corporations act, when faced with criticism, by performing the public relations equivalent of sticking one’s head in the sand.

A while back I wrote an entry about web services from relatively unknown providers and the why of how they fail. This sentiment seems to echo with large hardware firms too;

WHY TECH COMPANY START-UPS ARE A SHITSTORM OF FAIL

Trust is the single most important factor for a company in an era where Googling before buying is a social mainstay. People are loathe to leave positive experiences, but when it comes to negative fuck you posts they will quite happily dedicate a couple of hours to eviscerate a company.

It’s just human nature; look at what I am doing right now!

So, Elise owns a Dell Laptop, an XPS 15 9530 to be specific. Between us, we currently have around a dozen devices in use and have owned multiple laptops from Apple products to other Dell XPS laptops. My opinions on tech diverge from the norm because I am ultimately a tinkerer; not one of my devices is utilized out of the box. I wipe and reinstall my own (clean) OS, I usually upgrade the HDD, and broadly speaking, I am comfortable enough with tech that as long as the board is accessible, I will be alright.

In Dell’s defence, the XPS is easily serviceable, but sadly one of the core issues is its shoddy battery quality control.

This is a well known fact that Dell for reasons I can’t quite fathom, refuses to address.

ect. etc. This is a well documented issue, with hundreds of verifiable online reports.

If you are wondering how to ascertain the battery on your Dell swelling and getting dangerously close to going kaboom, the tell tale sign is the track-pad being pushed out and becoming unresponsive, a natural conclusion to the electronics being pushed beyond their manufacturing tolerances as a consequence of the battery growing upward to twice its size.

If you really want to make sure, unscrew the back and pop the body shell off. It’s pretty quick to do and accessibility is high with the Dell XPS 15.

The photograph below was the battery (the original one); as you can see, swelling is evident. 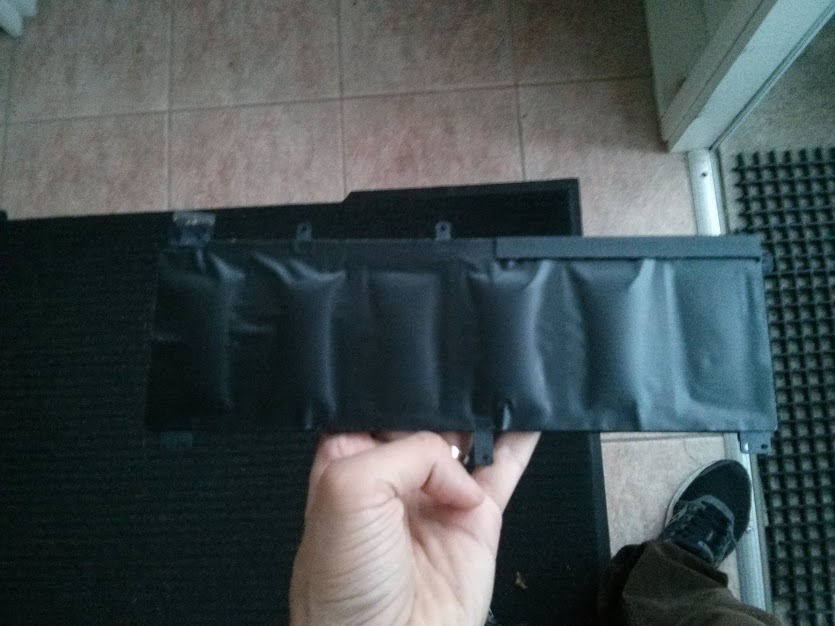 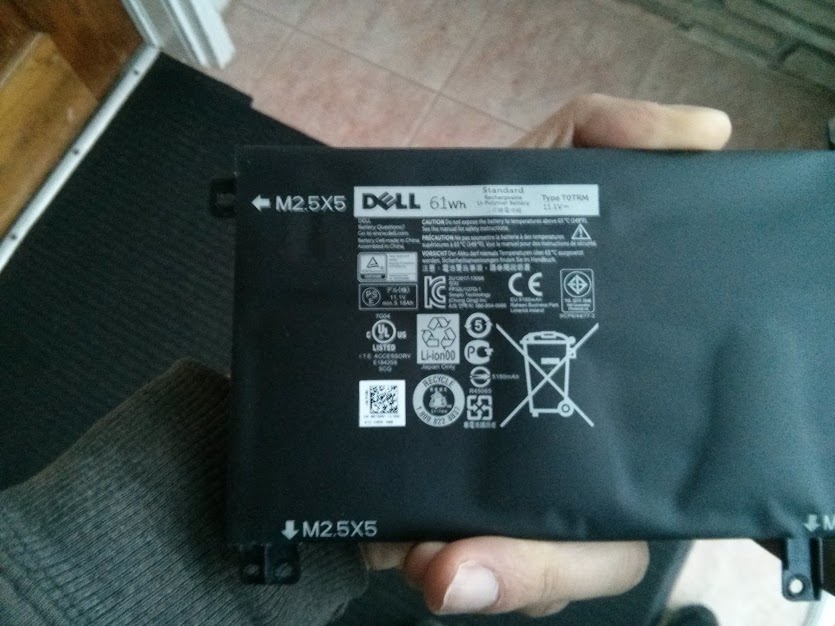 At the time, (November 2015) I was rather busy with work/life etc. and had no interest in dealing with Dell customer service which has a frankly ghastly reputation unless you are a corporation. I simply bought a new (genuine) Dell battery and replaced it myself.

This lasted for 2 years. Recently, Elise said the issue was happening again, and so I went through the same process of taking the body off to inspect the internals. As I expected, the cells were expanding, once again.

This time, now having 2 desktops and 4 laptops in the house, I didn’t feel the pressure to rush out and replace the cells myself so I decided to give Dell customer service a shot and the results were what I expected – no acknowledgement of any issues and just corporate grab for more money from its customers to fix their own mfg issues.

Here is the full conversation from start to finish; yes I know I am a brat, but suggesting I should pay to fix their (unsafe) shit is ridiculous.

What I find incredible is this idea that they can ignore this problem as if it was isolated. The internet is rife with similar reports to my own and yet their customer service will outright state that nothing is wrong (yet I have the option to pay to fix something that isn’t wrong?) as it is not a known issue, all of this despite having multiple threads on their own support forums detailing the same issue.

Companies have to man up and be clear about their own failing or run the risk of losing market share far beyond a single customer.

As an individual, I will never buy a Dell laptop again, as a blogger, I will advise people to stay away from them as a consequence of their piss poor customer service and utter lack of accountability with their own failures.

This post will be online, literally forever and it makes me wonder what the raw numbers are like. Is it worth damaging your reputation by not fixing a problem (that had nothing to do with me or how I used the laptop) and thus alienating me and perhaps some of my readers or would Dell have been better off simply admitting that their batteries are faulty and replacing them as and when needed free of charge?

Do corporate shit-tier companies have an algorithm to decide when they should take responsibility versus ignoring the problem?

But here is the real issue folks: not everyone has my kind of tech surplus. A lot of people only have a single computer and its causing them to hack together fixes that are extremely dangerous because Dell refuses to acknowledge the problem.

Someone’s home is going to burn down one of these days. Dell should see this kind of shit on YouTube and rush to offer a fix. The swelling comes from gas: do not keep using the battery if you have the same swelling battery situation.

This is a serious issue. There is a reason why Apple products will always be taken more seriously (despite inferior specs) and this is it.

Accountability is a thing, and when whiny little shits like me can throw shade at you from the comfort of an armchair, you better be on top of your game or make sure you are in the right.

TLDR; Dell batteries swell to dangerous levels and Dell Customer Support thinks it’s a-ok because it’s “not a known issue,” even though multiple people have it, but let’s not let facts get in the way of profit margins. Dell’s solution to a problem that doesn’t exist? For us to give them money to fix said non-existent problem. Wow. Avoid.