I briefly mentioned in my post about our new floors that we were just waiting on a new door to be put in to have moved in. Well here’s the new door (yes, still unpainted & will remain that way for a while)… 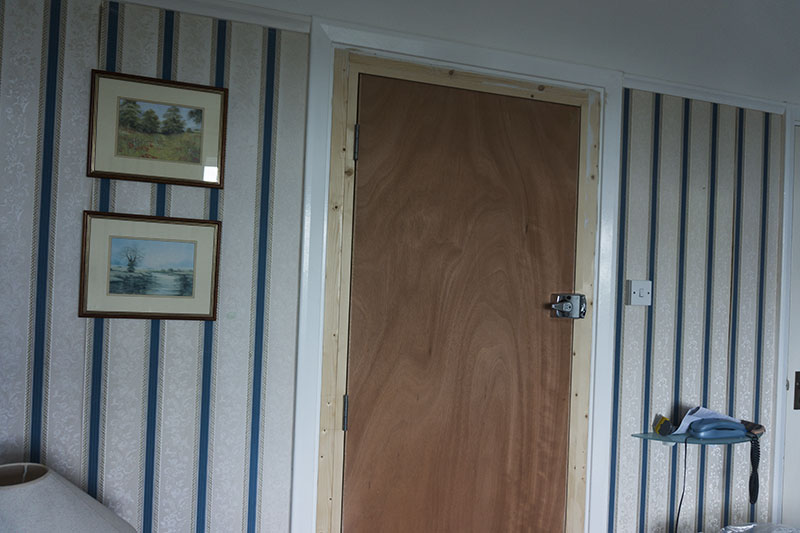 And here’s why we had it installed: 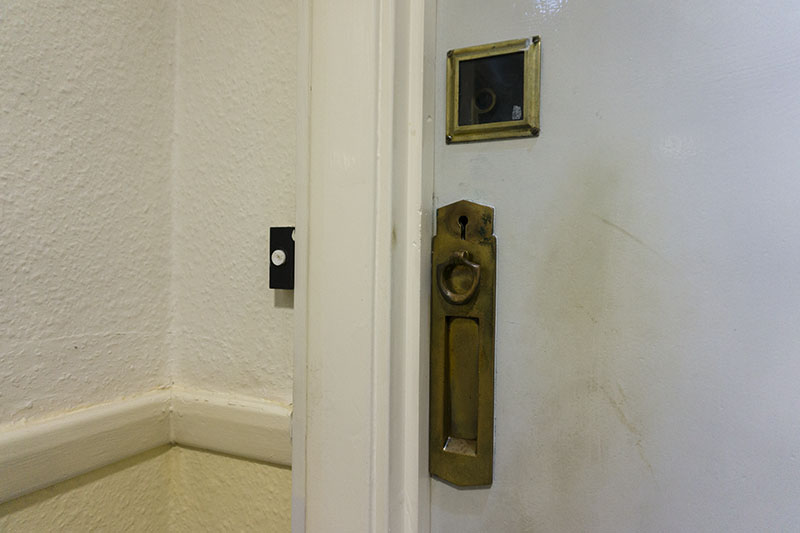 Taken a good look at our front door? Notice anything odd? Here; let me give you a closer look: 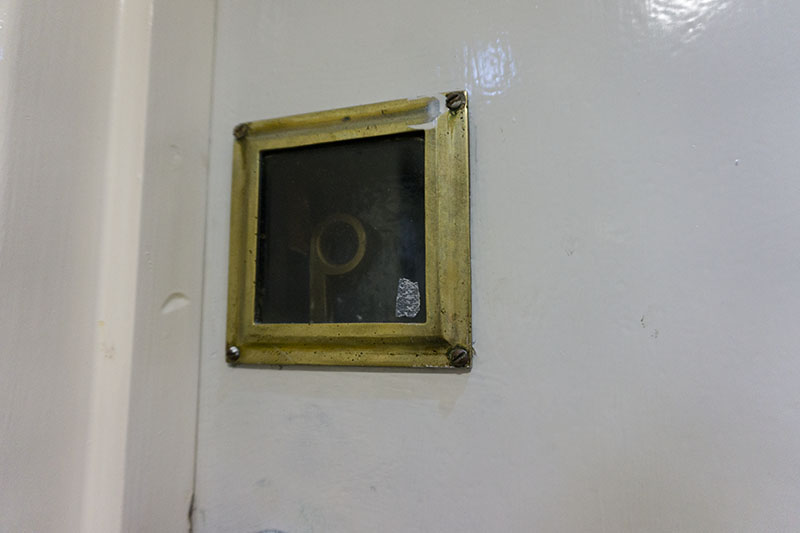 What’s that you ask?

Is the fire escape still there now? No, most certainly not. Apparently when it began to fall apart the building’s management and flat owners decided it was better to get rid of it considering how much maintaining it and replacing it cost.

After the fire escape was taken out, the doors that led to it in all the flats on this side of the building were taken out and replaced with the gorgeous windows we now have. What’s still left of our once “fire escape flats” is this pretty clever little breaking glass that anyone could use to get into our apartment in case of a fire. All you do: break the glass, pull that little tab inside, and the door unlocks.

Of course this is useless now, as there’s no fire escape outside our flat, but the breaking glass is still there and thus poses a huge security concern. Yes, you need keys to even get into the apartment building in the first place, but anyone inside the building could easily break this glass and get into our flat – or even more disconcerting, simply unscrew the metal, get in, and then screw the glass plate back on – without us even knowing there was a break in.

Horrifying to say the least, and so we had an extra door put in, with a second lock, to make sure that security risk was null and void: 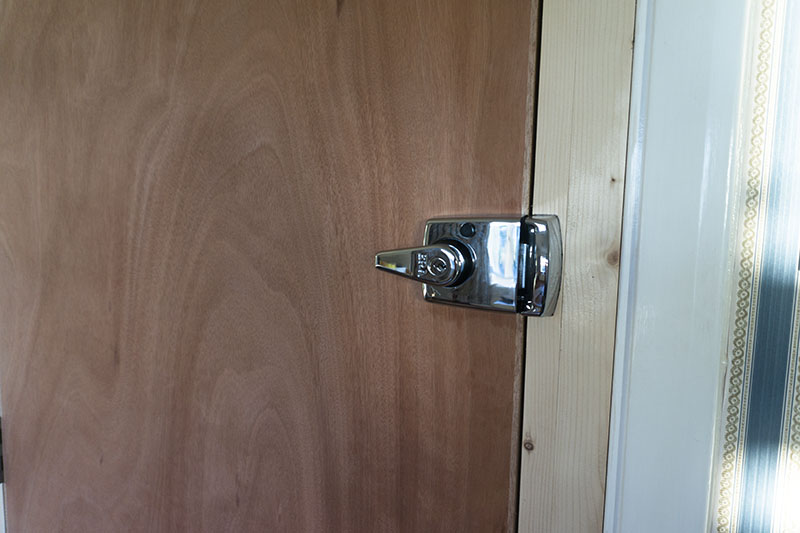 This door sets apart the entrance from the rest of the flat. It’s also a fire door, giving us additional security against fires from other flats (just need a handy tool to help us get out the windows), and it makes for great sound insulation as well.

Furthermore, it sets apart the entrance space from the rest of the flat which makes the entrance a perfect place to house a mudroom, and helps the rest of the flat feel a lot more coherent and private, as it’s no longer one big room with a little nook in it, but is now just one big room with a bathroom and washroom through separate doors that can be closed to make one symmetrical rectangular space. 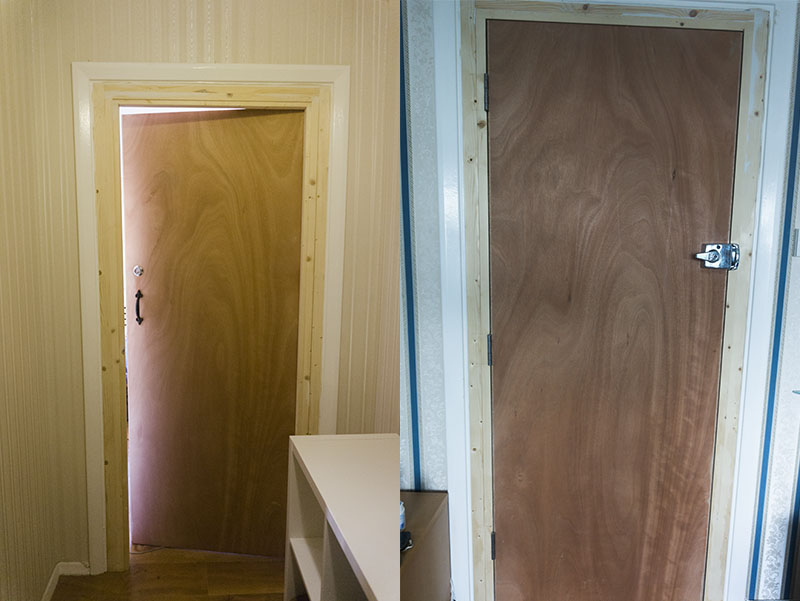 So glad we had this put in before we moved! Peace of mind makes this well worth its cost (and the annoyance of having two front-door keys!