It’s been a while since I’ve posted an update on this blog, largely because since my last post, I’ve loosely stuck to my productive morning ritual.

I say loosely because I have actually strayed from the whole spending-the-entire-time-writing goal. Just for a while. Because I needed plenty of other, more monotonous busy-work things done.

I’ve also been skipping showers in the morning – thrown off my rhythm there because for 2-3 weeks, we couldn’t shower in our washroom. Took baths instead because some of the tiles were loose and Thomas needed to put them back on in a fashion that meant they wouldn’t be falling off again in a month or two. The tiles are crooked now, which he’s not happy about, but he couldn’t do anything different if we wanted them on properly considering the guys who originally put the tiles in didn’t bother to use spacers or leave any sort of room between the titles at all. No biggie. I’m not a fan of our washroom anyway, and eventually (a long way down) it will go. So long as Thomas’ solution holds up (which it will), it doesn’t bother me that it’s not aesthetically great. Sometimes you need to just think about the practical for the time being until you have the luxury to think about the aesthetic (though, to be fair, putting a pause on thinking about luxuries has thus far taken up the vast majority of my life). 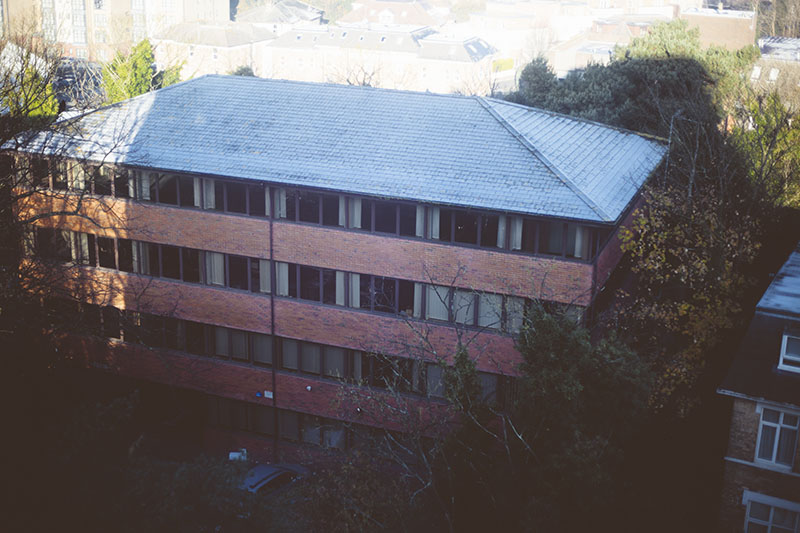 I’ve spent the past month really hustling when it comes to work. I start at 10 AM and while I’m supposed to shut off at 1, that hasn’t been happening. Most days I’ve ended close to 3-4 PM – if I’m lucky. Other days I end at around 6-8 PM. Which is fine by me, I like being a workaholic, as if I find myself in the right frame of mind for working, I do get a lot of valuable things done. Only (big) downside: I have a lot harder of a time sleeping, because thinking of work makes me think of other things for work, and it’s an endless process that means I’m often not able to shut off my thoughts until way too late in the day. That’s okay though, as I think the busywork has ended now (unless I think of something else I really must do), so I can get back to my old routine of just writing in the mornings and closing shop at 1 PM. My sleep can return to normal as a result. Haven’t gotten too behind on sleep, so shouldn’t be an issue at all.

With regards to the winter here versus in Toronto – this doesn’t feel like much of a winter. Just feels like autumn has been stretched out for months – which I adore, because I’ve always loved sweater & light coat weather and autumn was my favourite season in Canada (though to be fair that’s mostly because of the leaves changing and there are no leaves really left on trees anymore). Can certainly leave the window open most days – which is lovely to be able to do.

The photographs in this post were taken on the one day in all the year I’ve seen any evidence of snow – just a thin layer of dust on the rooftops that with a few hours of sun completely disappeared – exactly the way it should be.

All in all, I’m very happy with the weather here versus Toronto. It may be much more grey, but we have very large windows in our flat, so we get plenty of light. If on rare occasion it’s way too dim and it bothers me, I switch on the lights during the day – again no biggie. Brits don’t seem to appreciate the fog at all, but we don’t get fog besides a couple times a year at most in Canada, and I’ve always found it to be pretty stinkin’ beautiful, so again, don’t mind that. I love rain storms and wind storms when I’m inside – which is most of the time. The only thing I even remotely mind is the fact that the sun sets so soon here (around 30-40 minutes earlier than in Toronto – does make a difference), but I’m waking up much earlier in the day than I used to, so this isn’t a real issue. 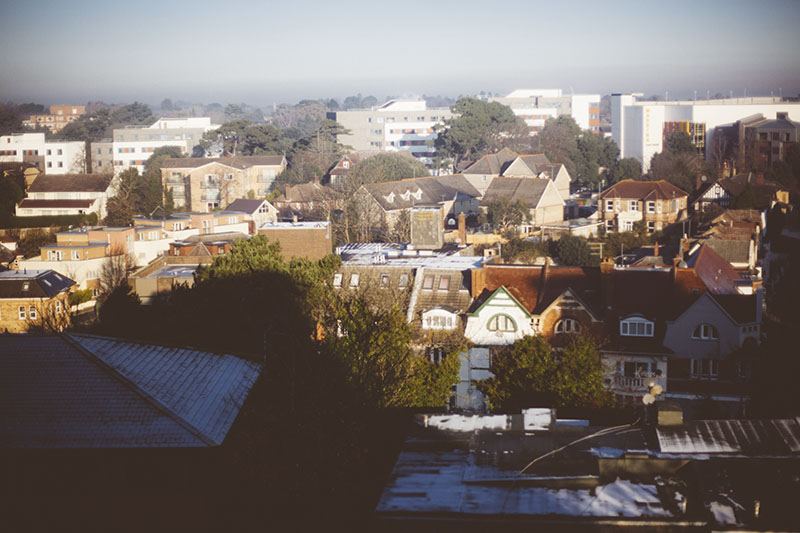 So just like before, the only things I really miss about Toronto are our old neighbours (with whom it’s just not the same to talk on the phone with), the great restaurants (esp. the variety of Chinese, Korean, sushi, & Hakka foods.. :'[), and the uber hot summer days (which we’ll rectify by getting a place in Spain to visit for part of the year – though to be completely fair to Bournemouth, it’s sunny here, I just prefer summer weather to be blisteringly hot at times – I’m sure Thomas disagrees ;]).

I love it here, though, and if we end up somewhere else in Europe way down the line, I’m sure we’ll still maintain a presence here in the UK. Certainly, unless we have a very good reason, I doubt we’ll ever sell this flat.

It feels so very strange to think that we’ve only been in the UK just past the 7 month line. And we bought this flat and moved in only around 5 months ago. That’s mad. We’re so settled in it feels like we’ve been here at least two years.

To be fair, a lot of our time has been spent indoors. We haven’t done much exploring, and it’s not like we bothered integrating into the community or making friends (because we don’t care to). But in terms of work flow, the move has definitely made us both much more productive and efficient, and once that stays in a good groove for some time it frees up plenty of extra time for doing other things. Not that we don’t have extra time now, just not as much as we likely will in the summer. Winter is usually our knuckle down time anyway. Hope to get a car soon (something I never though I’d want this soon because of how much I dreaded having a car back in Canada – turns out, just Toronto traffic I hated); it will really help us explore other parts of the country. Would be nice to visit around other cities and towns regularly, but we’re not the type to be fans of public transportation – makes us too anxious. With a car, though, it will be perfectly lovely.

I love Bournemouth specifically and I’m not sure if there’s any place in the UK Thomas and I would prefer to be. We’ll look, but I’m betting on us having landed on our ideal city from the get go. Nice thought. 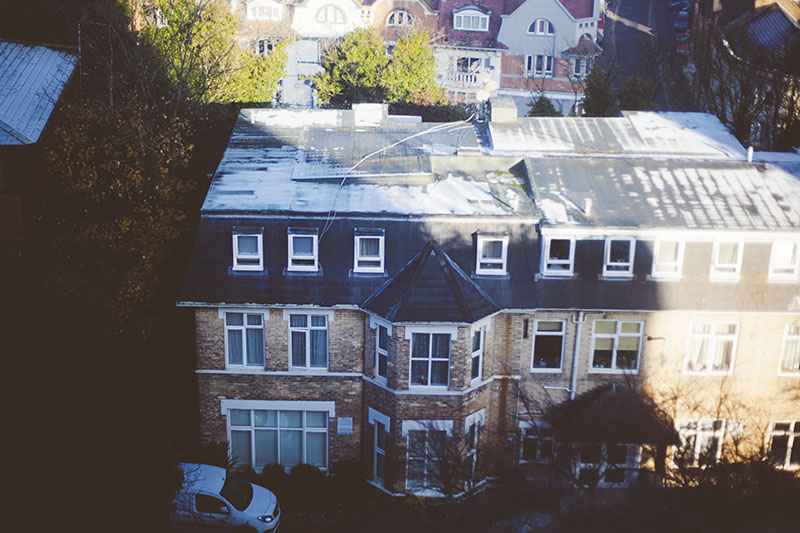 The beach is lovely, the shops are lovely, it’s got amazing weather for the UK, and while Sue being here means this place has just another big reason for us to stay in Bournemouth, I daresay I’d like it best here even if she’d never set foot in Bournemouth. Like I said before, though, she really helped us nail an amazing spot in the city with her guidance, and I doubt I would be enjoying Bournemouth as much if it wasn’t for this flat being so ideal for us. But yeah – with regards to staying in Bournemouth over going other places in the UK, I think we have a very high chance of staying now that we’ve spent some time here.

That’s it for my update! Sorry for the here, there, everywhere but I’ll definitely get into the swing of writing more on-a-single-topic posts for this blog soon, hopefully soon. Until then, I do like going back and reading these sorts of posts, so I guess they’re more for me than you. Nice to refer back to what frame of mind I was in a year, two, or five ago.